Message of the Executive Mayor on World AIDS Day

The modern society has been riddled by this unforgiving pandemic in a form of HIV and AIDS. Families have been ripped apart, perished and gotten devoured by this silent mass murderer. We have endured the pain of stigmatization, isolation, brutalization and so many other forms of torture by one human being to another based on misinformation or having no information at all about the virus.

Today we are happy with the progress that this country has made in fighting all forms of discriminations both those that relate to the virus and all other forms of discrimination. The interventions made by the government and other progressive stakeholders is acknowledged and appreciated. This progress is however not enough as there is still some form existence of oppression of one being by another.

The continuous abused that women and children find themselves subjected to, which leaves some of the women and children with the virus is just uncalled for, purely evil and must be stopped. We are from time to time comforted by the fact that evolution of society and the advancement of humankind has proven to us that living with the virus cannot be taken as a death sentence anymore as there are now means to live a long, happy and healthy lifestyle after having been diagnosed with the virus.

We call on those that are affected and find themselves not coping, to reach out so as to receive the necessary support for themselves. There is no need for anyone to die in shame while support is out there and available to everyone.

The South African Government has come a long way in ensuring that we are putting up a good fight against the virus. The provision of free, accessible health care that has been put in place for all is a milestone that very few countries in the world have been able to achieve. As Govan Mbeki Municipality, we remain committed to giving support to all those that are affected and assist the department of health in creating continuous awareness campaigns to the people.

Govan Mbeki Municipality is currently having 28 273 while Gert Sibande District Municipality is currently situated at 144 527 confirmed cases of HIV/AIDS. This then culminates to the district being number 7 which is a positive as it was number 1 at some point. We call on all to support the initiative of the National Health Insurance so as to build sufficient capacity in our public health system.

Let us love each other so as we can protect each other!

The following is found at https://www.gov.za/WorldAIDSDay2020

World AIDS Day is commemorated each year on the 1st of December and is an opportunity for every community to unite in the fight against HIV, show support for people living with HIV and remember those who have died.

The theme this year is: “We are in this together. Checka Impilo”.

HIV and AIDS in South Africa

South Africa has been relentless in its mission to turn the HIV, AIDS, and TB epidemics around and there are notable achievements to celebrate. A review of our efforts in addressing the HIV and AIDS epidemic over the past 20 years, paints a mixed picture. There have been many scientific advances in HIV treatment and we now have a much better understanding of the virus More people are receiving antiretroviral treatment, which means HIV infection rates are decreasing. There is also a scientific optimism around the benefits of treatment as prevention, and progress towards a cure and vaccine.

South Africa has come a long way in the fight against HIV and AIDS. In 2012 government implemented the National Strategic Plan on HIV, Sexually Transmitted Infections and Tuberculosis 2012 – 2016.

In 2010 government also scaled up its antiretroviral treatment programme. A further expansion is planned from January 2015 to bring South Africa in line with World Health Organisation treatment guidelines. As part of this, the Department of Health will start HIV-positive patients with a CD4 count of 500 or less on antiretroviral treatment, as opposed to the present CD4 count of 350.  All HIV-positive pregnant women will also receive lifelong treatment, regardless of their CD4 counts. Currently, HIV-positive pregnant women receive treatment until they stop breastfeeding.

Despite our many advances we still struggle to eliminate the stigma associated with HIV infection and the resultant discrimination. There are still people with limited knowledge of the facts about how to protect themselves and others.

Former President Nelson Mandela said: “Many people suffering from AIDS and not killed by the disease itself are killed by the stigma surrounding everybody who has HIV and AIDS.”

The devastating effects include abandonment by spouse or family, social ostracism, job and property loss, school expulsion, denial of medical services, lack of care and support, and violence.

It also results in a lower uptake of HIV preventive services and postponing or rejecting care. Women tend to experience greater stigma and discrimination than men and are more likely to experience its harshest and most damaging effects.

World AIDS Day is important as it reminds the public that HIV has not gone away and that collectively, there is the need to increase awareness, fight prejudice and improve education to maintain and achieve the aims and objectives of the country as set out in the National Strategic Plan on HIV, STIs and TB 2012-2016.

Why stigma and discrimination matter

Stigma and discrimination can be as devastating as the illness itself and may mean abandonment by a partner or family, social exclusion, job and property loss, school expulsion, denial of medical services, lack of care and support, and violence for those affected by them. These consequences, or fear of them, mean that people are less likely to come in for HIV testing, disclose their HIV status to others, adopt HIV preventive behaviour or access treatment, care and support.

Every sexually active South African is at risk of contracting HIV. We call on all South Africans to recognise that HIV and AIDS are chronic diseases, and that people living with HIV can have full and happy lives. We each have a responsibility to treat those who are struggling with an HIV-positive diagnosis with compassion, those struggling with AIDS with care, and ourselves and our sexual partners with respect. Addressing stigma and discrimination is important in mitigating the impact of HIV. 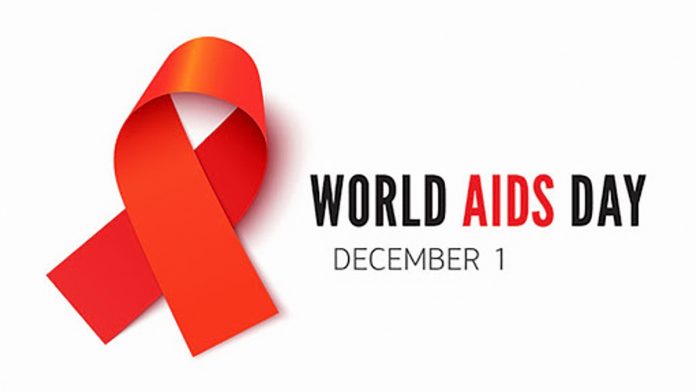