SportSasol Rugby proves to much for Newcastle
SportRugby

Sasol Rugby proves to much for Newcastle
S

The game started at a blistering pace with Secunda Rugby with the home team scoring two fast tries in quick succession.

This start could only spell doom for the visiting team and the score kept adding as the first half progressed.

No serious mistakes were made but a few handling errors gave the visitors from Newcastle time to counterattack. Newcastle, although clearly stunned by the fast start by the Secunda team, slowly regained their composure but could not penetrate the defences of Secunda.

Secunda pushed the Newcastle boys back in the scrums and even managed to secure a few of Newcastle’s lineouts.  Secunda did lose a line out or two but the lineouts were planned and well-executed.

The backline attacked with vigour and the team continued to add to the score ending the second half with a very healthy lead. The halftime score was 47-0

The second half was a totally different affair. The impact players did not make the impact that was expected and the rhythm of the Secunda team was broken. Suddenly there were a few quick penalties awarded to the visiting team, something that did not happen a lot in the first half.

Newcastle added 21 points in the second half. They ended the game on a high note and could leave the field with their head held high.

Secunda should work on maintaining their rhythm and form when they bring their impact players onto the field. The game could have seen a bigger score difference but somehow Newcastle managed to surprise everybody in the second half.

The home team played a good game and both teams showed good discipline, even when under pressure.

Well done to Secunda Rugby and Newcastle rugby for an entertaining game.

Previous articleFOUR (4) STOLEN VEHICLES RECOVERED ALONG MOZAMBIQUE BORDERLINE
Next articleANIMALS 101 – SHOULD BIRDS BE ALLOWED TO FLY? 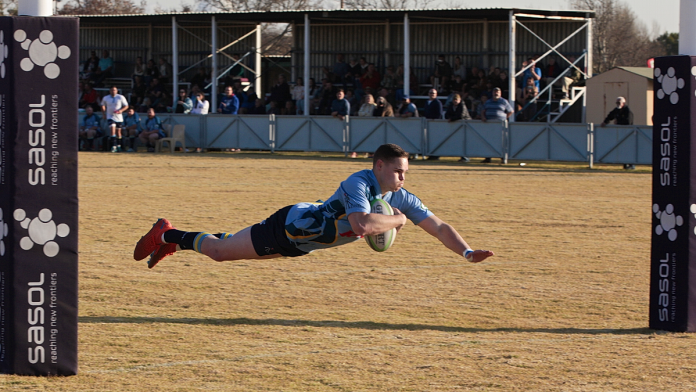