Nelspruit: 14 June 2022 -The Provincial Commissioner of the SAPS in Mpumalanga, Lieutenant General Semakaleng Daphney Manamela has welcomed the interception and recovery of four vehicles near the borderline of South Africa and Mozambique by the South African National Defense Force ( SANDF) today, 14 June 2022 at about 03h00 am.

According to the report, the SANDF members were doing their routine patrol duties when they spotted a suspicious convoy of vehicles which is believed to have been heading to Mozambique at that time of the day.

It is said that abruptly the occupants of the said vehicles in the convoy started shooting toward the SANDF members who then reportedly fired back. One male person, believed to have been an occupant of one of the vehicles was fatally wounded.  However, the other suspects managed to flee into the darkness.

All the four vehicles, two Toyota legend 50 bakkies, a Toyota Fortuner and a Toyota Hilux bakkie were reported as stolen at Lyttleton and Florida (in Gauteng Province) as well as at Pienaar (in Mpumalanga).

The police are investigating an inquest case in relation to the said incident and the deceased has not been identified as yet meanwhile the alleged occupants of the recovered vehicles are still at large. 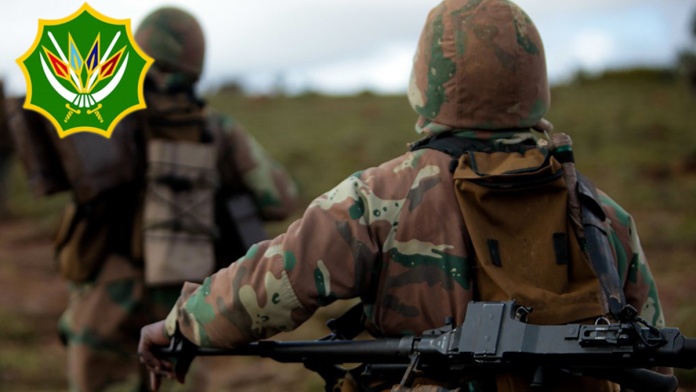