Smit Malboer Steyn turned pro on Saturday night when he fought in the EFC Worldwide Championship.

Steyn had a dream debut when he beat British Boloyoang in the Welterweight division in what was labelled as the fight of the night.

Smit Steyn defeated British Boloyoang via KO/TKO at 3:31 of Round 2.

Steyn had the following to say about his opponent at the post-match interview. “I knew he hit hard but didn’t think that it was that hard,” Steyn said laughingly, “Jis daai ou slaan hard!”

“We had a gameplan, we knew that he was going to gass-out since he was from Durban.” he said, “I saw him putting everything into the punches and knew that he will tire so I had to play punching bag for a bit to wait for him to tire out.”

“I saw during the break, over my coaches shoulder, that he was tired and I knew I had him then.” Steyn continued, “My coach did a lot of planning and I am glad that I listened to him.”

Malboer now has one win in the bag as a professional and as a amature was the 2nd ranked of 21 active South Africa Amateur Middleweights. Also ranked at Welterweight (4th)

We are sure that he will go to great heights in his professional career.

Good job Malboer, We are proud of you! 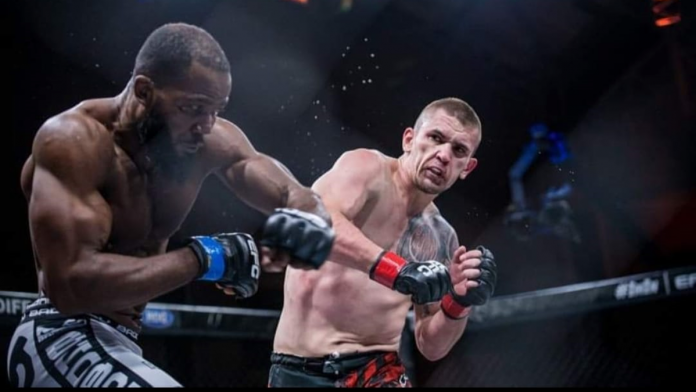