Graceland hosted the inaugural IFA Cup this past weekend.

The word Ifa is inspired by the Zulu word for Heritage.

In celebration of Heritage Day, Graceland decided to host this event. It is also spring season and it was an excellent opportunity to enjoy the fresh air. The long weekend also contributed to a successful two-day event.

The IFA Cup 2021 started on Friday 24 September and ended the following day.

A total of 80 golfers competed for their share in R50000 worth of prizes. Different formats were played and scores were added. The idea was to have fun.

“This was a very successful event,” said Pieter de Villiers, General manager for Graceland Hotel, Casino & Country Club, “A huge thank you to all the golfers and their families for the support as well as the Graceland team for assisting in making the IFA Cup a great one and we look forward to hosting the IFA Cup again next year.

Playing a round of golf at Graceland means playing on the best greens in Mpumalanga!

The upgraded irrigation system has allowed the fairways and tee-boxes to be in top condition and the greens have been hollow tined to maintain the rhythm of play on the course. The bunkers have been restored to the original Gary Player specification, the rough is being cut regularly and the reeds have been removed from the river. The current cart paths have been upgraded and the practice and chipping areas have been rebuilt to tournament standards.

Flat savannahs and highly challenging… the Gary Player designed 18-hole championship golf course at Graceland Hotel, Casino and Country Club makes use of natural features as the front and back nines follow paths along opposite sides of a valley. The course features a mixture of significant elevation changes, water hazards, rolling fairways and a strategically placed bunker.

This Gary Player golf course is a typical inland links course with undulating greens and relatively steep, grass-faced bunkers. Two streams twine through seven of the holes and several dams attract a variety of birdlife.

The signature hole is the par 3, 15th, a short but treacherous hole where only a well-placed tee shot will be rewarded. The green is well guarded with a water hazard short and up the right side of the green, while two well-placed bunkers at the back of the green catch any shot that is even a little bit longer. Crenshaw Bentgrass and Kikuyu provide ideal playing surfaces.

As of 3 September 2018, Graceland will be implementing a new handicap index system and a new slope rating from the championship tees is as follows:

Slope ratings in South Africa
For those who are not familiar with the concept of the Slope rating system, it is a USGA system that changes the ball game with regards to handicaps. A Slope rating determines the difficulty of a course which differentiates courses a lot better and adjusts your handicap according to each course. The higher the rating, the more difficult the course. The minimum or easiest is 55 and the most difficult or highest is 155.

Click here to find out more about their Stay & Play Packages. 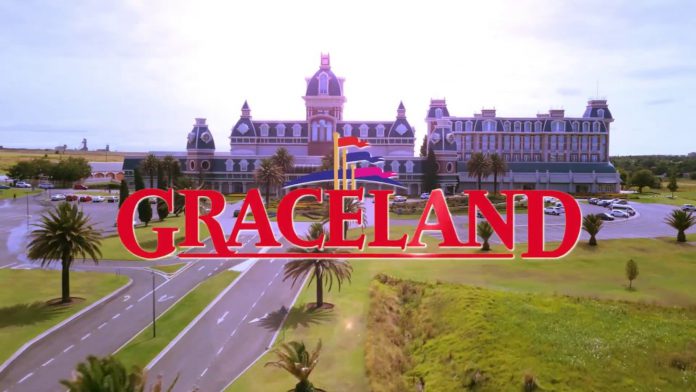