GMM experienced unprecedented water restriction from Rand Water over the last few days with several residents complaining about have no access to any water whatsoever for at least two days.

The COVID restrictions and sanitation protocols makes it very difficult to combat the pandemic.

Several Businesses complained that they cannot function without water and will continue to lose money. This is also compacted by the COVID restrictions.

The DA councillors in Secunda have been inundated with requests for information regarding the water issue. The Bulletin learned that there is no consistency with any answer that they receive from any of the officials.

“I will start losing some of my pigeons soon,” one resident told the Bulletin, “My pigeons are worth over R1m. Who will compensate me for that?”

Another resident complained about washing the small children, other are concerned about the old people.

The situation is spiraling out of control as the debt of GMM continues to rise.

It is unfortunate that members of the public in Govan Mbeki Municipality have to be subjected to such conditions on a human rights matter.

The issue of water provision is a right enshrined in the Constitution of the Republic of South Africa. No one has a right to close water unless there is a breakdown of some sought as water is a basic need.

What has happened over the past few days is uncalled for and should not be tolerated.

A battle between state entities can never be advanced at the expense of the rights of the people to access.

The Govan Mbeki Municipality has a historical debt to Rand Water that has been accumulating over years. We have since acknowledged the debt and committed on having it repaid in full over a long term approach that should therefore be agreed between us as the Municipality and them as a Water Board.

The municipality is currently losing over R10 million worth of water on a monthly basis through leaks and illegal connections.

We are calling on Rand Water to partner with the municipality and community of Govan Mbeki in declaring war against leaks and water theft.

We understand that water is a scarce resource and needs to be handled with care. The municipality is committed to working with anyone in addressing the challenges facing the municipality. It is for these above-stated reasons that we as Govan Mbeki Municipality have taken the initiative of informing and involving the Offices of the MEC for CoGTA, the Office of the Minister of Water Affairs in trying to find an amicable way of dealing with our differences.

We have further requested a meeting with the Board of Rand Water since Friday, which we have yet to get any form of response. This none-response has prompted us to approach the High Court to challenge what we feel is an illegal act by Rand Water. We remain hopeful that the Court of Law will be on the side of Justice to the people before the end of the day today. 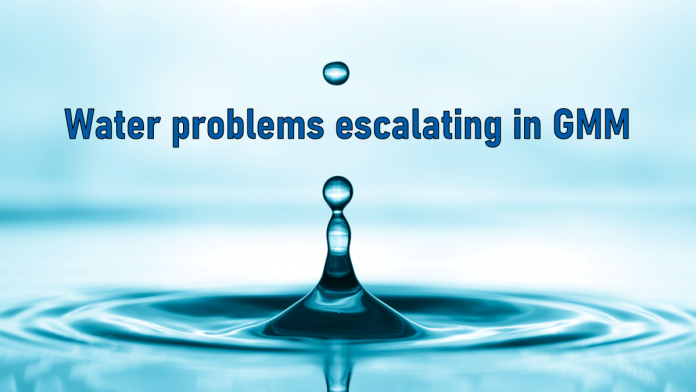