He recruited the individuals to submit fraudulent tax returns to him which he submitted to SARS and the money was deposited into his business account and shared the money amongst them. The suspects were granted R3 000 bail each and the case was postponed to 08 December 2020 pending further investigations.

SARS are keen that you consider reporting any suspicious activity which may have relevance to tax to SARS. SARS wants to be sure that everyone is paying their fair share of tax here in South Africa

What would we consider a suspicious activity?

How SARS can be defrauded, misinformed, misled, deceived, contrived, with the intention to evade tax or obtain an undue refund are too numerous to mention, and it is not possible to offer even the briefest of discussions on every possible such action that may be directed against SARS. Many of these types of conduct are no more but variations of the theme.

The examples offered is an attempt to better understand the application of our legislation and criminal law in dealing with instances of tax evasion and obtaining an undue refund:

Examples of suspicious activities include:

The making of a false statement or the causation or allowing of a false statement to be made on a tax return have long been one of the most common methods employed by taxpayers in evading their tax liabilities and/or obtaining refunds they were not legally entitled to. A declaration in a return not only covers the information as indicated in the return itself but also covers the information reflected in the accompanying documentation.

Making such a declaration with knowledge or foresight of the information therein reflected to be incorrect, will not only amount to a false declaration but will also be a misrepresentation of the truth.

A tax-liability can be misrepresented through the submission of a fraudulent tax return.

Defrauding SARS or a SARS official during the administration of the Tax Administration Act through the submission of a fraudulent tax return may be achieved by inflating or exaggerating the deductions or input taxes a taxpayer is entitled to; and/or under-declaring income or output taxes.

The submission of ‘nil-returns’ or returns giving out that no trade was carried out, e.g. that a company was dormant whereas it did in fact trade, will however also be fraudulent. The failure to disclose certain facts or circumstances on the basis by which the taxpayer can be assessed at a higher amount.

An example of this will be the failure to disclose in his/her tax return certain investments, employment or business operations, etc. Claiming a tax deduction, when at the time when it was claimed is not, in fact, a legitimate claim will be unlawful.

Misrepresentations that may be employed in claiming a deduction to which the taxpayer is not legally entitled to are many. Most of these misrepresentations will generally fall within either of the following categories:

VAT refund schemes where a fraudster will set up a company or number of companies which they register as vendors for VAT purposes. They then claim back VAT refunds on significant inputs allegedly made just to close down the ‘company’ and then disappear with the VAT.

These companies typically never trade, and the ‘inputs’ claimed are fictitious. These operations may typically involve: the creation of both ‘supplier’ and ‘client’ traders with fictitious directors, employees, and addresses, often in various jurisdictions; the opening of multiple bank accounts in the names of multiple entities; the generation of false commercial documentation and books of account; fraudulent registrations as VAT.

If you want to report a suspicious activity, click here.

Please note: If you experience any challenges with opening the form e.g. if the form is blank after you’ve clicked ‘Continue’ on the first page, it could mean that your browser doesn’t support the Adobe Flash (PDF) form. Known browsers not supporting Adobe forms are Chrome, Safari (Apple) and Edge.

To see how to successfully view PDFs in these browsers, see SARS compatibility guidelines. The form works successfully in Internet Explorer (version 8+), Mozilla Firefox and Safari for Windows. Kindly also note that if you want to upload supporting documents to your suspicious activity report, you need the latest version of Java installed. 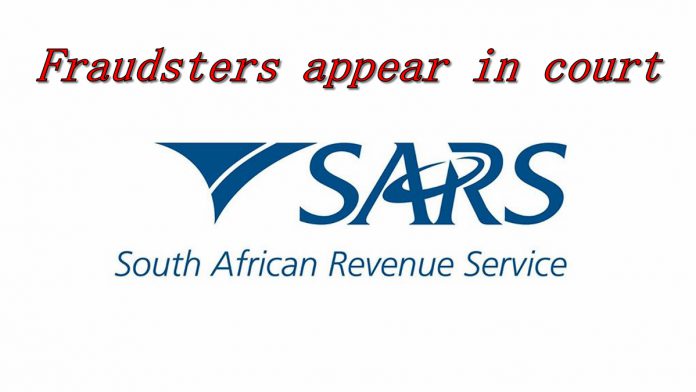