KNP PAYS TRIBUTE TO THE RANGER CORPS FOR THEIR COMMITMENT

World Ranger Day is celebrated worldwide each year on 31 July to commemorate Rangers killed or injured in the line of duty and to celebrate the work Rangers do to protect the planet’s natural treasures and cultural heritage. It is a day to pause and reflect on the courage and sacrifice that Rangers make. On this day we honour fallen Rangers and stand with the people bravely protecting wildlife on the frontline of conservation worldwide.

The highlight of the ceremony was a tribute to the late Field Ranger and dog handler, Shando Mathebula, who died in the line of duty at Shangoni Ranger Section on 4 May 2022. He was remembered as a young man who was dedicated to his profession and who served with discipline and distinction.

“The work of a Ranger is diverse and complex; and our responsibility as Management is to continue to encourage them as they lead the way for all of us in conserving our country’s protected and conserved areas, cultural sites and biodiversity. Without them, we would see more biodiversity loss and ecosystem degradation. Many Rangers also protect the resources of people whose lives and cultures are inseparable from nature; said the KNP Head Ranger, Catherine Dreyer.

Activities included a Rangers’ drill, a guard of honour, a wreath-laying ceremony, the unveiling of Shando Mathebula’s plaque and a keynote address by the KNP Managing Executive, Gareth Coleman.

“Rangers deserve not only our admiration and acknowledgement but our undivided support as they continue to protect our natural heritage assets. We also take this opportunity to express our gratitude to all the spouses and families of all our Rangers for the sacrifice they all make on daily basis with the knowledge that their partner’s lives might be lost due to the threats that come with the responsibility of dealing with wildlife crime; concluded Dreyer.

World Ranger Day 2022: A ranger is a person, who is tasked with maintaining and guarding parks and other naturally protected places.

World Ranger Day 2022: 31st of July is observed as World Ranger Day. The International Ranger Federation established this annual holiday to honour park the contribution of Park Rangers to the preservation of nature and to remember the rangers who lost their lives or suffered injuries while performing their duties.

Who Are The Rangers:

A ranger is a person, who is tasked with maintaining and guarding parks and other naturally protected places.

In addition to helping the public with questions about the park, they are responsible for keeping an eye out for any possible issues. However, because they are working with live animals, this may be extremely dangerous.

According to statistics, park rangers are in greater danger than ever. Park ranger assaults are at an all-time high. In actuality, border patrol personnel and FBI agents are less likely to be attacked than park rangers!

The International Ranger Federation was founded in 1992.

The SCRA (Scottish Countryside Rangers Association), the CMA (Countryside Management Association), and the ANPR (U.S. Association of National Park Rangers), which represents rangers in Wales and England, came together and established it.

The purpose of this agreement was to increase public support for and understanding of the vital job that rangers perform all around the world to preserve our cultural and natural heritage.

The first World Ranger Day took place in 2007 representing the 15th anniversary of when the IRF was founded.

Story Of Francis Kobia — A Ranger

Francis Kobia has been actively volunteering his time and assistance to Lewa Wildlife Conservancy for the past 20 years. He has seen both the highs and lows of ranger service.

Francis remembers how he and his colleagues plotted the elephants’ path through the underpass to Mount Kenya using the excrement of elephants.

He recalls Tony, the elephant who guided the other elephants through the underpass, with affection. Francis experienced a period of considerable career pride during this time.

This initiative was so effective that LWC is now recognized as a thought leader in Kenya and the rest of the region in the field of conservation.

To exchange best practices for efficient management of conservation and security on a local level, Lewa Wildlife Conservancy works closely with Kenya Wildlife Service and other sister conservancies. 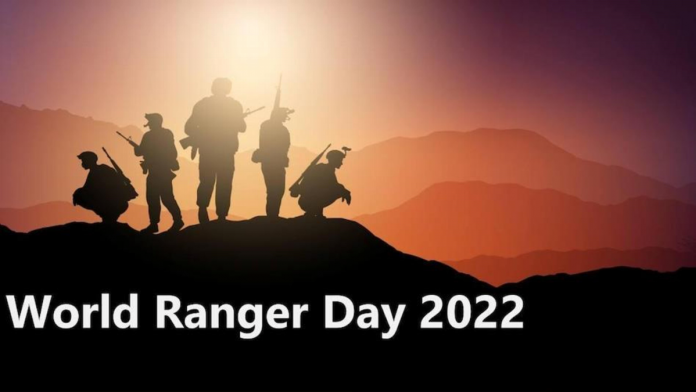 Drug dealer sentenced in plea deal while the case...
News