NewsGovan Mbeki Municipality (GMM) may not be able to...
News

Govan Mbeki Municipality (GMM) – 35% of Mpumalanga municipalities are so broke that they may not have the ability to continue functioning in the near future.

“The lack of improvement in municipal outcomes is an indictment on the entire local government accountability ecosystem, which failed to act and arrest the decline that continued to be characterised by service delivery challenges in municipalities,” said Auditor-general (AG) Tsakani Maluleke in a press release earlier this week.

The AGSA’s audit outcomes are based on the audits that they perform on the quality of financial statements and performance reports, and on compliance with key legislation. Some municipalities improved their audit outcomes, just to regress again in later years. Overall, only 61 municipalities had a better audit outcome in 2020-21 than in 2016-17, with 56 now having a worse audit outcome.

Despite the improvement in the number of clean audits, the AG says that the substance of the outcomes indicates that local government still has a long way to go before we can celebrate improvements. The vast majority of unqualified audit opinions are only achieved after the auditee was given an opportunity to correct the annual financial statements that were submitted for auditing, which is not sustainable. This means that internal controls and financial management disciplines are still lacking. There are also still municipalities with disclaimed audit opinions, while municipal financial health continues to deteriorate and service delivery is declining.

In her office’s 2019-20 general report, Maluleke told the story of the 10 municipalities (Maluti-APhofung, Masilonyana, Tokologo, Govan Mbeki (GMM), !Kheis, Joe Morolong, Lekwa Teemane, Madibeng, Mamusa and Ramotshere Moiloa) that had received disclaimed audit opinions for years. The latest report shows that these municipalities have still not improved. She says that at most of these municipalities, the auditors observed leadership instability (both at political and administrative level), poor oversight by councils, significant financial health problems, protests and strikes, a lack of consequences, and interventions that were not effective.

In her consolidated General Report on Local Government Audit outcomes, the auditor general had the following to say on Govan Mbeki Municipality

Govan Mbeki improved from its previously disclaimed opinion to a qualified opinion in 2020-21. The municipal manager and the chief financial officer ensured that they reconciled bank and cash successfully. Despite this improvement, the municipality struggled to use its funds to deliver quality services to communities, as illustrated in the significant deficiencies we identified when visiting the Evander wastewater treatment works. The municipality spent only 4% of its infrastructure value on infrastructure maintenance in 2020-21, which is below the norm of 8%, further adding to the dilapidation of infrastructure.

Trudi Grové-Morgan MPL and DA Spokesperson on Gogta stated the DA in Mpumalanga will submit a Motion in the next Legislature sitting asking for a debate on the damning Auditor General’s (AG) report that revealed that 35% of Mpumalanga municipalities are so broke that they may not have the ability to continue functioning in the near future.

The above municipalities have been facing financial crises for over five years or more.

The AG also noted that many municipalities were unable to accurately bill residents for basic services and consequently 60% of the debt balance in the province was deemed irrecoverable.

The financial health of any municipality is pivotal in its ability to provide services to its residents and in recent times, the provision of water and electricity in many parts of the province was at risk.

Situations like these are unacceptable given that municipalities should operate as a business and use profits made in order to uplift the lives of their residents.

“Further to calling for a debate on municipal collapse in the province, the DA will request a meeting with the MEC of CoGTA, Mandla Ndlovu, asking him how he is going to deal with the financial crisis in our municipalities with a specific focus on improving revenue generation and reducing reliance on grants in all municipalities in our province,” said Trudie

“This is because only the DA gets things done,” concluded Trudie

Maluleke said: “Audit outcomes were in a bad state when the previous administration took over in 2016-17 and this state had not improved since then.”

A total of 33 municipalities had been placed under administration after being declared dysfunctional, predominantly because of their failure to meet their financial obligations and provide essential services during this period.

Maluleke said that a number of cases had been referred to the Financial Information Centre (FIC) and the Hawks for investigation in six of 10 municipalities with disclaimers that had been subjected to post-audit investigations aimed at identifying “where the money has gone.” 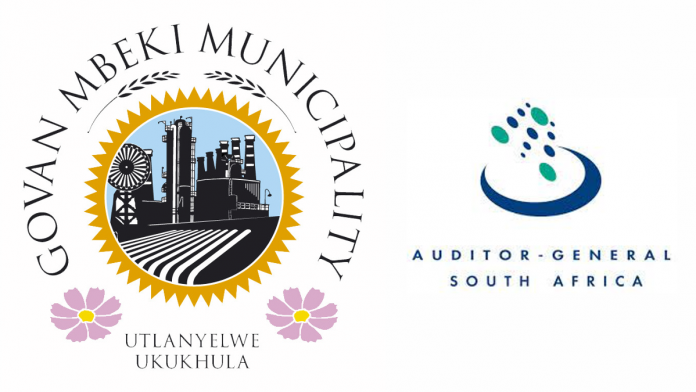