JOINT EFFORT TOOK DAGGA WORTH R250 000 OF THE STREETS

On 31 March, five suspects were arrested and dagga to the value of R250 000 (89.5kg) cell phones, cash, and two vehicles was handed over to the Standerton Police for further investigation.

In a joint effort by Lourens Uys of Kasselman Security Services and Charl Cilliers Police, the suspects were arrested.

The owner of SA Crows Security Services operating in Charl Cilliers, MW Odendaal was driving on the Topfontein road when he noticed suspicious activity.

According to him, he noticed people with bags that came out from the field.

He went past slowly and saw people on both sides of the road.

He passed them and turned around and saw the two vehicles driving in the direction of the Tutukani main road.

A few moments later the one vehicle came back in the direction of Odendaal but went past him.

The BMW joined and tried to box Odendaal in, the effort was fruitless.

The other two suspects were apprehended by Charl Cilliers Police who waited for them on the Tutukani road when they tried to flee the scene.

Several bags, stacked with dagga, was found in the field.

The investigation is ongoing. 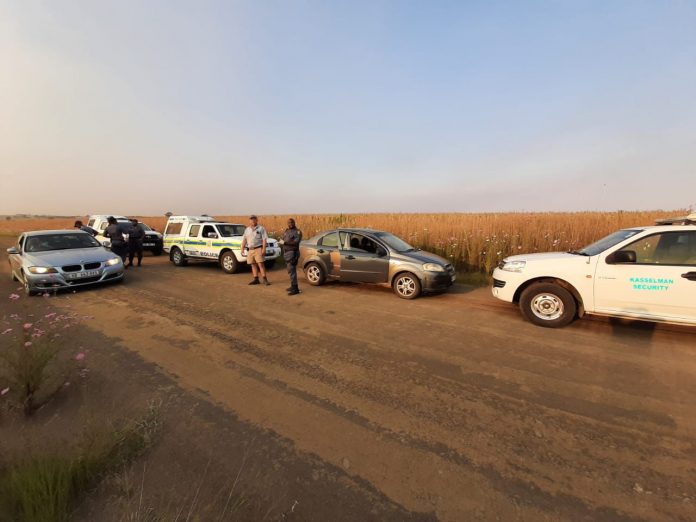