South Africans will not be allowed to own guns for self defence under a newly-revived legislative proposal.

The Civilian Secretariat for Police Service (CSP) on Friday published a call for public comment on a 2021 draft of the Firearms Control Amendment Bill in the Government Gazette. Despite a promise in that notice, it did not publish the actual contents of the draft law on its badly outdated website – but revealed in a summary that it contains an effort to restrict gun ownership that is likely to be controversial.

The draft law seeks to “provide for the applicant for a firearm [licence] to provide a valid reason for possessing a firearm”, said the CSP in its description of the Bill.

We urge the public to visit https://petitions.da.org.za/p/stopgunbill and sign the petition to keep “self-defence” as a reason to possess a firearm.

We also urge the public to oppose this draconian Bill and to submit their objections to comments.fcabill@csp.gov.za and to the DA at stopgunbill@da.org.za.

South Africa has one of the highest murder rates in the world. Disarming law-abiding citizens in the current crime-ridden environment is reckless, ill-advised and places many innocent civilians at the mercy of criminals.

SAPS is in a state of disarray, its dismal failure can be felt by South Africans from all walks of life, especially those in rural and gang-infected communities where police stations are understaffed and under-resourced.

SAPS should be making it easier for South Africans to feel safe, not more difficult. 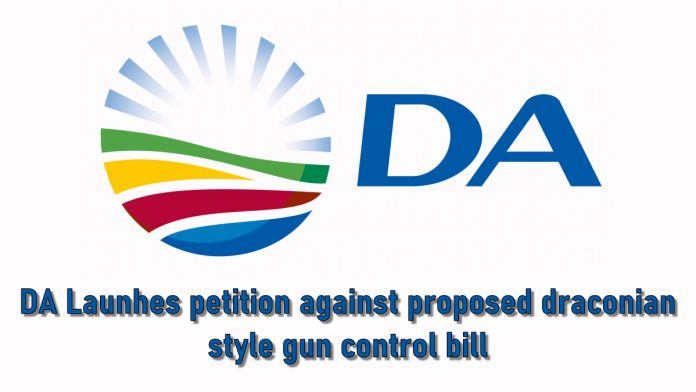 Graceland hosted the inaugural IFA Cup this past weekend. The word Ifa is inspired by the Zulu word for Heritage. In...