NewsDA in GMM to take legal action to remove...
News

The Democratic Alliance (DA) is instituting legal action to remove the Speaker of Govan Mbeki Local Municipality who has officially been voted out of council but refuses to vacate her seat.

Speaker Fikile Magagamela was voted out at a council meeting on the 31st of March 2022 after a motion was passed, but the Speaker refuses to vacate.

“The DA regards all council meetings, that took place after the 31st of March 2022, presided by Fikile Magagamela as null and void.”

“The DA is a party that stands for the Rule of Law. We will therefore do everything in our power to ensure that the laws of this country are applied accordingly.” James concluded.

The council meeting was marred by continued efforts by the ANC to derail the proceedings. The Speaker preceded over an item that was clearly implicating herself, she then refused to vacate her seat after the council voted on the motion and accepted the motion. She then continued to preside over further proceedings as if nothing had happened.

The DA and other opposition parties withdrew from that meeting after the speaker refused to leave. 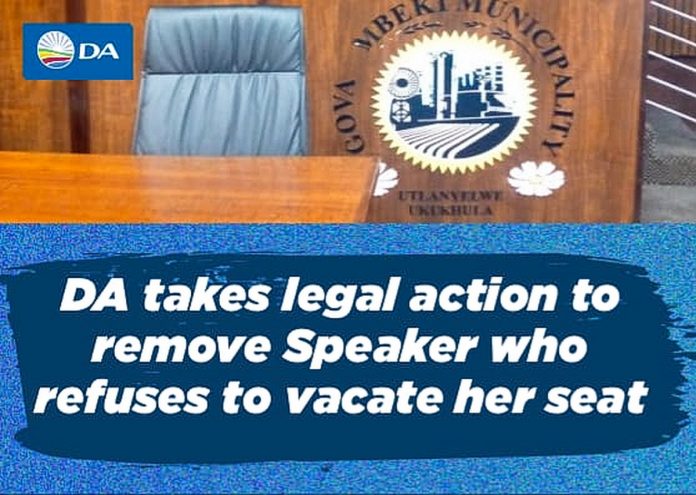 DA in GMM to take legal action to remove Speaker