The Bethal SPCA rescued abandoned dogs at the closed abattoir this week.

The Bulletin was investigating the recent closure of the Bethal abattoir when we were informed about the abandoned dogs.

Workers at the mill adjacent the abattoir alerted the Bulletin to at least two dogs that were locked up in one of the outside rooms.

“They are locked up for at least three weeks,” said one of the workers, “the owner is staying in Emzinoni.”

Upon investigation, we found two dogs in one room. They have started to gnaw their way out of the room but could not succeed as the wooden door is too thick.

Barking could be heard in another room. This room too was locked and access could not be gained easily.

The Bulletin tried to find a way to the dogs and entered the abandoned building through a side door that was open. Inside another dog was found.

The Bethal SPCA was alerted and they responded quickly.

What we found was horrifying. Inside the abattoir, a timid and friendly, but scared mixed breed was lying on the cold floor. There was no food in sight nor was there any water. It took only a few minutes for the dog to respond to Christine Payne from Bethal SPCA. The dog was fairly skinny. He was happy to follow Cristine outside and to the vehicle.

The first locked room had two Greyhounds in it. A strong smell emanated from the room and the dogs were crying out. The lock was cut and we were both shocked at what we found. The odour was overwhelming. There were faeces everywhere. The faeces had mould on them. There were no food or water visible for the two dogs. A metal grid was placed in front of the door in an apparent attempt to keep the dogs from escaping. It was absolutely appalling!

When the two dogs were loaded into the back of the SPCA bakkie, Christine promptly gave them food. They started eating immediately.

It is at this stage that we realised we needed another vehicle and the rest of the SPCA team was summoned.

Once Lourna and Sibu arrived it was time to tackle the last room. This proved to be even worse than the first room.

The door was forced open only two find two very scared but aggressive dogs in the room. Again the smell was overwhelming, it was nearly unbreathable! A small Jack Russel and a Shar-Pei. The Shar-Pei had to be restrained with a leash on a stick. (When the Bulletin visited the SPCA to see how the dogs are we were met with growling from the Shar-Pei.)

If you are in charge of an animal, you have a duty of care to that animal

This room had a bag of food, but it was folded and there was no access to the food. There was also no water. There were several pots with what looked to be pap (porridge) in it. The pap was covered in mould. The floor was so littered with faeces that it was impossible not to step in it.

It took a while to capture the two dogs and load the onto the bakkie.

The SPCA are compiling a case against the owners for neglect and animal cruelty and are in consultation with the authorities regarding the matter.

The Bulletin would like to bring the following 5 Freedoms of animal welfare to our readers attention.

Duty of care is based on the internationally recognised “Five Freedoms” of animal welfare:

Animals have feelings too!

Previous articleSuspect pleads guilty to Animal Cruelty
Next articleSo is die Lewe: My naam is Vlekkie. 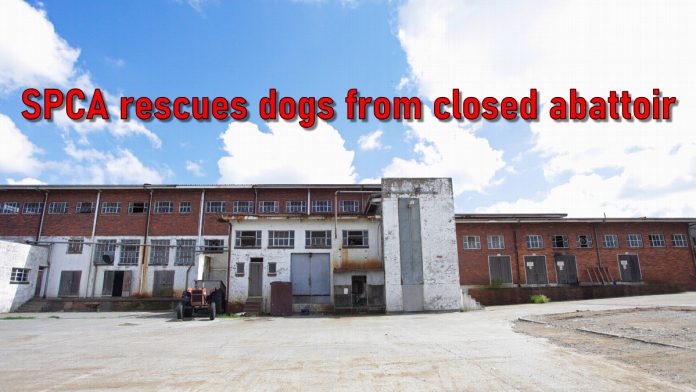 Welcome to the Sunday morning service of the Secunda Reformed Church "Why Am I Doing What Is Wrong" by Anton...
Read more

Welcome to the Sunday morning service of the Secunda...
Read more
Community news

Welcome to the Sunday morning service of the Secunda...
Read more