Suspect pleads guilty to animal cruelty after maiming a cow with a panga.

Nick Mtshweni pleaded guilty in the case and will be sentenced on the 25th of Feb.

“There are a few more cases to come,” said Lourna Coetzer, SPCA inspector, “animals cannot be treated with cruelty. We are their ears and mouths.”

The following excerpt is from the NSPCA webpage:

For over 60 years, the NSPCA has been protecting our country’s animals.

We prevent cruelty, promote kindness and alleviate the suffering of animals.

Our objective is to serve and protect ALL animals, to uplift their welfare and to ensure that the protection they have under South African law is upheld and respected.

Our mission is to prevent cruelty and promote the welfare of all animals, whilst our vision is to end animal cruelty In South Africa and engender compassion for all animals

The NSPCA was founded in 1955 as the Federation of SPCAs to provide a forum to bring uniformity to welfare legislation and standards. The SPCAs in South Africa are governed by the SPCA Act 169 of 1993 which is administered by the NSPCA, constituting us as a statutory body. Inspectors are authorised in terms of the Animals Protection Act 71 of 1962 and the Performing Animals Protection Act No. 24 of 1935 with the SPCA movement collectively undertaking over 90% of all animal welfare investigations and prosecutions in South Africa.

Also read: THREE (3) MEN ARE DUE TO APPEAR IN COURT FOR ARSON

The NSPCA operates on a national basis with a team of dedicated Inspectors, who are specialists in their fields. We work tirelessly to protect animals from neglect and abuse and enforce the Animals Protection Act 71 of 1962 when deliberate cruelty takes place. The lives of tens of thousands of animals are improved because of our passion, our intervention, and our commitment to bring about long-term positive change for farmed animals, wildlife, research animals, domestics and animals used in entertainment and sport.

In a country that spans over a million square kilometres, there are areas where there is no SPCA, no animal welfare organisations and no veterinary services. The NSPCA plays a vital role in bringing extraordinary support to these people and their animals.

It’s a huge task and we could not do it alone. But with you, anything is possible. 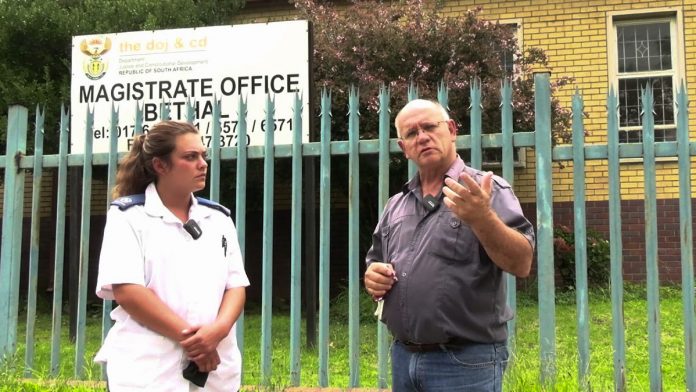