Residents furious as rubbish are strewn in streets
R

Residents in Kango and Soutpansberg streets are furious over rubbish in streets.

It would appear that someone decided to tear open every rubbish bag in the area and scatter its contents in the streets.

Residents awoke this morning only to find rubbish everywhere. Today was scheduled to have the areas refuse collected by GMM. Refuse collection could not be done according to schedule during the past two weeks due to the heavy and persistent rain in GMM.

Workers from GMM will also not clean the streets and residents have to do it themselves.

Some residents reported a bakkie that drove over all the refuse bags in the area. “The dogs were going crazy,” said one resident, “we were just to slow to catch him on camera.”

The bakkie drove around the block several times as he went about his devious plans. The incident took place around 22:00 to 22:30 last night.

The Bulletin is calling on all residents in the area to contact us at encee@thebulletin.co.za or 0825547589 if you could identify the culprits.

“It is illegal to dump rubbish anywhere,” said DA Cllr Mariaan Chamberlain, “There are also old people that now have to pick the rubbish up by themselves.”

We are currently speaking to a few people that have footage of the bakkie and hope to bring the person responsible to justice soon.

Several pensioners stay in the area and would not leave their houses due to safety concerns last night, only to have to pick up the spilt refuse in the morning.

Previous articleGolf community mourns the passing of Lucille Lyon
Next articleValentine’s Day: The Most Romantic Day to Pop The Question 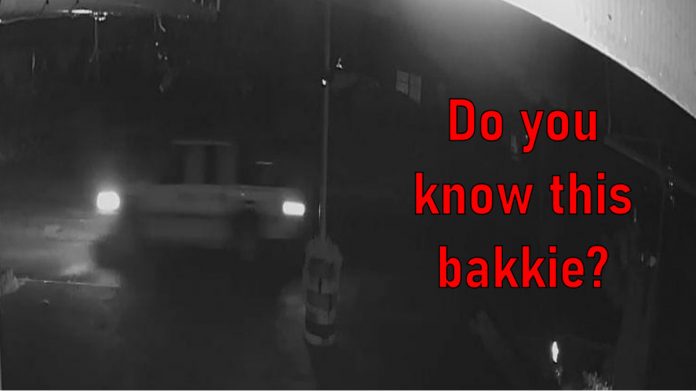 Residents furious as rubbish are strewn in streets