Repatriation – 1 nightmare of a journey
R

Kyle Naidoo and Ryan Schreuder have been two of the people who have struggled to return home.

Kyle Naidoo, a Flight Instructor at Aviation Junction Flying School, was stuck in the Maldives for three months in isolation before he could return home.

Kyle was a pilot for Trans Maldivian Airlines since last year August. He flew seaplanes for the airline.

At the end of March Kyle and others received a new 3-month contract with Trans Maldivian Airlines. The new contract stated that all previous contracts have been cancelled because of the COVID-19 pandemic and that no passengers will be flying due to the worldwide lockdown.

They were informed that they will only receive their basic salary for the next three months and after the three month period their contracts will be revised.

Pilots and cabin crew receive a basic salary but their salary is mostly made up by the amount of flying hours they rack up each month.

By the end of June, they were still not flying and the Maldives were still on lockdown.

It was nearly impossible to fly back to South Africa as all major airlines were not flying either. The only way for him and the other South Africans stuck in the Maldives to come back home was to organise a charter flight.

For about three months Kyle kept on contacting the South African Embassy in Sri Lanka for assistance to be repatriated but was only told to wait for the next airline to fly out of the Maldives.

READ ALSO: NEWSLETTER ON THE REPATRIATION OF SOUTH AFRICAN CITIZENS

“It wasn’t practical for us to stay as we were on half of our salaries and staying overseas spending money that you might need later was not smart either. Whereas when you come home you can be with your family and have that support system in place,” Kyle said.

After asking for assistance from the embassies to no avail, Kyle started to do some research and came across Maple Aviation in Canada.

Maple Aviation jumped in and assisted where they could.

Kyle did all the planning for the repatriation flight for the South African group and through word of mouth and WhatsApp, the group of South Africans just grew bigger and bigger.

The day the plane landed to take them home, there were about 35 – 40 South Africans who were also stuck in the Maldives and super excited to finally return home.

From DIRCO the vetted documents were sent to the Department of Port Health as they had to organise the quarantine facilities once the plane landed.

Next, the Department of Port Health sent all the information to the Department of Transport to ensure that air traffic control clearances were ready for the pilots to land safely at O.R. Tambo International Airport.

The Department of Transport sent the vetted list to the country of origin, Maldives and the authorities on that side ensured that only the people that were vetted boarded the aircraft.

After that entire process, the day finally arrived!

An Air Zimbabwe Boeing 767 was utilised for the repatriation flight. As soon as the plane landed in the Maldives, barely any of the South Africans could contain their excitement anymore.

The repatriation ticket cost each South African around R 23 000, one way.

Because they were all stuck in isolation for three months, they did not have to go through a 2 week quarantine in the Maldives.

Upon arrival at the airport in the Maldives, they had to fill in a questionnaire, their temperature was taken, they were sprayed with sanitiser from head to toe and all their luggage was sanitised as well.

At every stage they had to go through at the airport, they had to sanitise and be sanitised head to toe.

Before they were allowed to get on the airplane, they had to start the process again; screening, temperature, sanitised from head to toe and cabin luggage sanitised.

The plane was divided into sections as there were other groups of South Africans from Cambodia, Malaysia and the Philippines too. Each group was in their own section and they were not allowed to mix with another group to ensure the safety of all.

The cabin crew were all dressed in full PPE to ensure their safety and to be able to deliver their best service.

Once they landed in South Africa, the groups were screened and sanitised again, escorted by ground staff through customs and then back to the apron. (The apron is the area where an aircraft is parked.)

Once they were back on the apron their bags were waiting for them with a bus to escort the groups to the different quarantine facilities.

Kyle’s group was quarantined at the East Gate Garden Court.

Again, upon their arrival they were screened and sanitised at the East Gate Garden Court.

“You were not allowed to leave your room except for a 15 min break to go outside to get some fresh air, stretch your legs and back to your room. We received three meals a day and at 09:00 every morning, your temperature would be taken,” said Kyle.

After seven days, everyone tested negative for COVID-19, the group was allowed to return to their respective homes.

“It was quite an experience but not something I would want to go through again!”

Ryan Schreuder experienced something similar to the experience of that of Kyle.

He was stuck in the north of Botswana.

“It was about two months after the lockdown had started and the borders were all still closed,” said Ryan.

After trying extremely hard for about two weeks to contact the South African Embassy in Botswana, Ryan finally received word back that the embassy cannot help him and they do not know what to do.

“I asked the person at the embassy what happens if I am stuck here, I have no money and I cannot work. Their reply was vacation and the phone was put down in my ear,” Ryan said helplessly.

He continued: “I tried for another two weeks and finally the head of the embassy got back to me. It was more like a generic email. The email stated that we have three days to get to the border to be allowed to enter South Africa. The email also said that only South Africans with their own transport are being repatriated at the moment.”

This was a bit of a concern as most South Africans in Botswana flew into the country or took a bus to get to their destination.

Once Ryan and the other South Africans arrived at the South Africa/Botswana border, not one of the border control officers knew about their arrival or about the repatriation.

According to the South Africans that had to be repatriated there was supposed to be a letter given to the border post on the Botswana side.

After about two hours (some people had been there for about 6 hours) of struggling, making phone calls, calls being answered rudely and trying to reach the correct people, they were allowed to cross the border.

The group was on the South African side of the border from about 13:30 and only left about 4 hours later. Ryan said there was a convoy of about 9 vehicles including a bus.

By the time the group left, they still had no idea where they were going or what was going to happen next.

“We stopped at a petrol station not far from the border and found out that our destination has changed. We were supposed drive to somewhere close to Kimberley. Everyone was outraged but we found out that we were going to be quarantined in the Pilanesberg.

Once we were in quarantine in Pilanesberg things started to run much smoother. We were informed that we’ll receive permits to return where we have to be and also if we do not have transport, it will be provided for us to get where we have to be.”

Ryan also said that he contacted the Dutch embassy for assistance and within two days everything was in order to return to Amsterdam. He is a South African, born and bred, but also has the Dutch passport.

South Africans all over the world are struggling to come back to their home country.

Reading the two stories and being able to have a better understanding of the struggles and hoops that have to be jumped through, puts a new perspective on: the grass is greener on the other side. 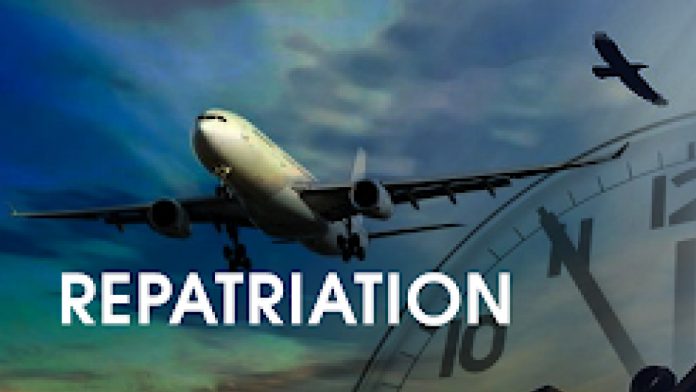 Repatriation – 1 nightmare of a journey