As with many things in life, Little Paws Big Hearts started off as a dream.

During their many visits, they became acutely aware of the lack of animal welfare in the region and tried to help where they can.

One day, on a sunny Saturday morning in 2013, Louis and Sonja decided to take a closer look at the state of animal welfare in their own region – Secunda. What they saw was a real eye opener and left the two in shock. It was evident that animals closer to home were in need of urgent assistance as well.

Louis and Sonja met with two friends to discuss the situation and immediately plans of action were drawn up.

And so, on 2 November 2013, LPBH had its very first outreach in the surrounding townships of Secunda. They started off with one bag of 25kg dog food and seven years later, they are distributing between 575 and 600 kgs of dog food per outreach.

Since that day, they have made many friends, saved countless lives and watched animals grow into strong and happy animals – Foster, Stewie, Oliver, Joseph, Jasper and who can ever forget Sparka, the trolley dog!

There have been many tears, disappointments, heartbreaks and challenges. They also shared an abundance of joy and made many, many memories, some of which they would like to share with you.

2020 has been the toughest year for the LPBH organisation to date. Due to the pandemic, all fundraisers had to be cancelled and they had to change the way they operate during times when movement was restricted.

Yet, despite all the obstacles this year, they managed to be victorious because of the kindness, love and support they have received from the public.

“We have managed to operate for 7 years and that would have been impossible without each donation, each helping hand, each word of encouragement and support,” said Sonja and Louis.

HAPPY BIRTHDAY LPBH – may all your dreams and wishes come true! 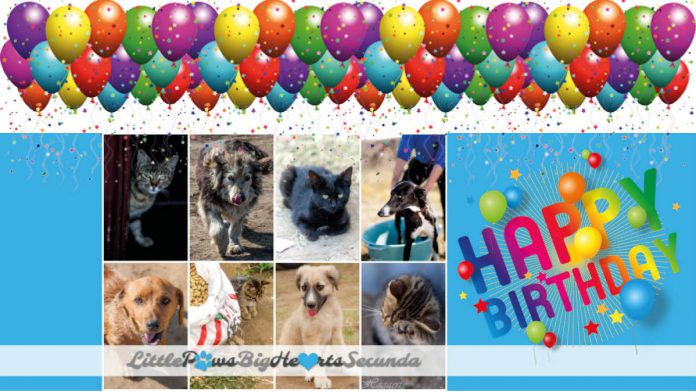