Heinrich Dittrich launch his debut book “A Candle Under the Water” at Die Boek Spens recently.

A small group of people gathered at Die Boek Spens for the launch of Heinrich Dittrich book called “A Candle Under the Water”.

This remarkable young man took 6 years to finish his book. Something that he had to do between everything else in his busy schedule.

Heinrich is truly talented, and he ended his book intro with a piano piece that he composed and performed and recorded. A beautiful piece that was a fitting end to his speech.

Here is a Prologue to “A Candle Under the Water”

While I had still been lying inside my mother’s womb, an extraordinary thing had come to pass after the very first time my heart had ever happened to strike a beat. For immediately after it pulsated again – for the second time – I had already experienced the consciousness of an entire life. And it hadn’t yet come to throb for the third time ever since; for within that interval before it could, I was awaiting great expectations.

Heinrich Dittrich was born in 1993 in Vereeniging and lived in Vanderbijlpark until they moved to Secunda when he was seven years of age. He started primary school in 2001 at Laerskool Goedehoop in Secunda and matriculated in 2012 at Hoërskool Hoogenhout in Bethal.

After high school he took two years off where he did a little bit of everything; playing piano, painting, writing, just to name a few. In 2015 he started his university career at NorthWest University in Potchefstroom, where he completed his Bachelor of Arts Degree in Language and Literature. For three years he studied, English, French and German, and for two years he studied Latin, as well as Spanish for one semester. He was also a conservatorium student where he studied piano. In 2018 he achieved his Honors Degree in French.

In 2018 he travelled to France where he worked as an English assistant teacher until 2019. In this time period, he stayed in Brest. At the end of 2019, he helped out as a temporary teacher at Evander High School in South Africa where I met him for the first time. Unfortunately, he had to go back to France until 2020 when Covid-19 hit, where he lived in Strasburg and commuted to Sélestat every day per train where he worked. At the end of 2020, he came back to Evander High School where he still excels as an Afrikaans teacher.

“Time and Time management was the inspiration for this book,” said Heinrich, “how time can be managed and how time should be managed.”

The book is a little about time travel and little about love. Can we travel to our past and change our future?

Here is a very short excerpt from “A Candle Under the Water”:

But still, I wouldn’t have accused her of this type of suspicion after all that was. That was one of the reasons why I had agreed on therapy. Anything really, to help me retain and learn about my past, and for Miss Precious to rest reassured. And I did. I had learned something within that year. Something vital to the importance of my existence. The disclosure had revealed itself to me one afternoon, following one of my sessions with Miss Precious.

“Good progress,” Miss Precious said as she opened the door leading out of her bureau.

The appearance of an alarmed woman (not much older than Miss Precious) struck us both as we stepped from the room. She was dressed, in an overcoat too big for her, and her black hair looked unkempt.

“Yes,” Miss Precious said as she walked over to the woman. “Is everything alright? Can I do something for you?”

“Only a quick word.” The woman regarded me in-depth, as Miss Precious stepped between us.

“Of course. Let’s go inside shall we.”

They went inside, and the door that had been left ajar tempted me to eavesdrop on their conversation. The woman was whispering, unlike Miss Precious, who spoke in an authoritative tone.

“Is the boy okay?” the woman asked concerningly.

“Yes. The boy is fine. What had happened to him?” asked Miss Precious.

“There had been a murder and a robbery,” the woman said.

“I cannot speak much of it, please understand, it’s too dreadful to think about it. Except that… I can say-“

“A child had died,” the woman said frightfully. “Please tell me, is the boy safe now with you?”

“I can assure you that he is in good hands.”

“Good,” the woman said and swiftly disappeared from the bureau.

And that was it. Miss Precious never articulated anything of its record to me, and I never mentioned my intrusion of that intimate matter to her. And though I didn’t know who it was at that time, it wasn’t the last time I ever saw the woman; although I did not know, what the purpose of their rally was all about, I would soon come to learn more of it. Nevertheless, that conversation was engraved in my mind, and I had not come to let go of it ever since; not for one single moment for the remainder of my entire life.

I turned eighteen soon after that day. Miss Precious had continued to teach me, and I had a therapy session once a week. And although nothing had changed much, I could remember that I had started to experience an abnormal progression of dreams. Images so vivid that they had appeared as memories to my imagination. Visions of my past. Sometimes they were long, though as if I had lived in that dream-world for weeks – other times only hours – yet awakening from them assuming I had the typical seven-to-nine-hour sleep I frequently would have had.

They had seemed related to my younger years, though as if they were distant memories from my past. Almost like I remembered what had happened to me through my dreams. But nothing much had come from it really, except for a few discussions about them with Miss Precious in therapy; when she would ask me where I was, or what I had done.

The book can be purchased on Amazon by following this link 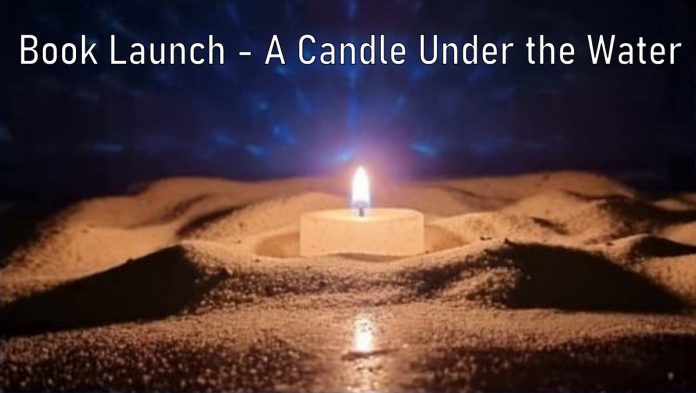 ANIMALS 101 - HOW TO HANDLE THEM CORRECTLY AND...
Community news