SportSame, same but Safer at the 1 and only...
Sport

Same, same but Safer at the 1 and only Moove Motion Fitness!
S

Gyms and fitness centres have remained closed in South Africa since the country first moved to a level 5 lockdown on 27 March. President Cyril Ramaphosa’s announcement about the reopening of gyms during alert level 2 has brought long-awaited good news for the Fitness Industry. After four long months, fitness fanatics are able to work out in the gym again!

Moove Motion Fitness Clubs officially opened on Monday, 24 August 2020. Only 50 people are allowed in the gym at any time and members were and are encouraged to book a slot via its app and website to prevent arriving at an at-capacity gym and having to wait your turn – Bookings were seamless although I had to download their app first.

Zola Mthombeni Regional Operations Manager at Moove said: “An online pre-screening feature has been developed on the app that will allow for fast and easy access with no congestion on arrival at the Club.”

On arrival, I received a complimentary tag for touchless entry and a buff. There were a variety of buffs to choose from.

I had my temperature checked and hands sanitised. In less than 5 minutes I was in the Club, ready to start working out.

When I was there, I noticed there was loads of space on the floor with all the equipment that was rearranged to adhere to social distancing protocols.

After using weights, members must leave them in a designated area where they will be picked up and cleaned. The weights were picked up by staff quickly.

Fitness Trainers and cleaning staff were always visible and seemed to be constantly busy sanitising and cleaning.

All staff members were wearing masks.

I noted that members are not allowed to bring their own sweat towels, there are paper towels situated throughout the Club, along with sanitiser.

Overall, it was a great experience and I am very happy that Moove was able to maintain the amazing atmosphere and vibe within the Club under the “new normal” circumstances.

Dean Wrigley Regional Manager of Fitness also took me on an exclusive tour of the Secunda Club to boast about the new safety features and the stringent measures that was put in place to look after the health and safety of their members and staff.

“We were used to disinfecting and sanitising the Club even before it was mainstream, only difference now is that we have increased the frequency of the habit. We have access control and we can screen out people that are high-risk,” said Dean.

Group Fitness Classes will also be launching very soon with some new and exciting programmes however, Dean was very secretive about it and said that they want to keep it as a surprise to their members.

Speaking to Monique Steenekamp, Regional Marketing Manager, she confirmed that there has been an overwhelming interest to get back into the swing of things amongst their Members and they have even seen growth in the amount of people interested in joining Moove for the first time and that they are anticipating the numbers to gradually increase.

“We are very excited to welcome our members back and look forward to what we have in store with future initiatives.”

My advice to our readers: if you were considering going back to the gym, you have to take responsibility for your own hygiene and do not assume everyone else is as cautious as you. Wipe down your equipment before and after you use it and wear your mask as much as possible.

Be considerate to other patrons and staff members. 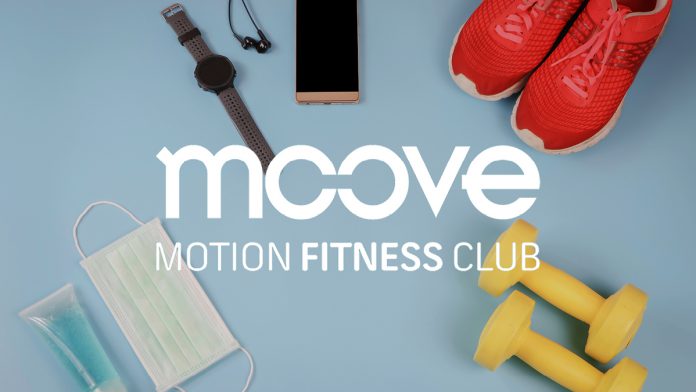 Same, same but Safer at the 1 and only Moove Motion Fitness!