Halcat National Championship held at Trichardtsfonteindam on the past weekend.

The weekend’s races were conducted in good spirits but sailors had to battle low winds for most of the weekend.

The wind did not completely play its part and at times the sailors had to sit and wait before the sailing could continue. Several times there could be no sailing and sailors were stuck on the water.

Trichardtfontein dam most probably has the cleanest water in the country and is a very popular sport for sailing. 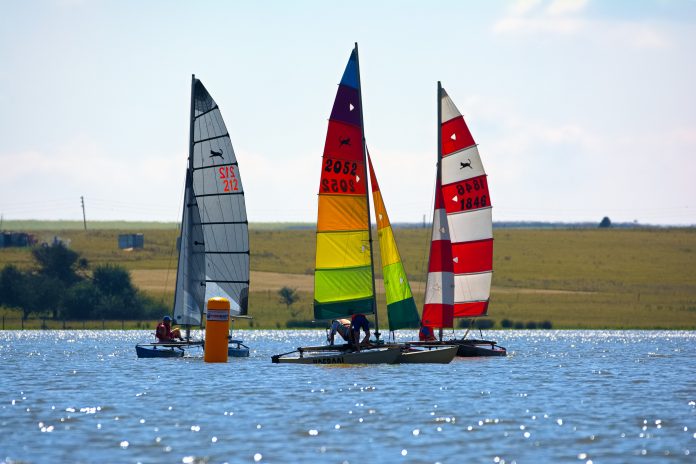