In a “first of its kind” sponsor, Graceland Hotel Casino and Country club sponsored the rally team of Natie Booysen and his navigator Johan Smit better known as Team Natie.

The new colours for rally car #66 were revealed on Friday. Team Natie’s car now proudly displays the colours of its main sponsor, Graceland!

Gone are the days of the familiar yellow Ford 1600, make way for the new red and white Ford 1600.

Team Natie, with driver Jan Booysen and navigator Johan Smit is sure to continue building on their successes with the new colours of red and white.

Graceland has been involved in several sponsorships and partnerships over the past few years. There is a boxing academy that is run and started by Graceland, more recently Graceland sponsored Hydroponic tunnels at Marietjie school. This sponsorship of the iconic 1968 Ford 1600 will further expose their community involvement. Thank you to Graceland for supporting local talents.

Only a handful attended the unveiling of the new colours due to the Coronavirus restrictions, but it was met with great enthusiasm.

No rally took place this year as the lockdown put an end to all sport at that stage. There are talks of a rally in the next few weeks, but no final date has been set so far.  Motorsport SA has written a letter to parliament to ask for clarity on resuming the rally’s, but no response has been received yet.

As many motorsport stakeholders will be aware, the so-called “directions” for the resumption of sport under Level 3 Lockdown, referred to in MSA’s most recent communique, were published late yesterday (11 June).

The directions only refer to professional athletes, i.e. those who earn an income from competing as defined in clause 2 a) on page 2 of the directions. As is well known, this definition only applies to a handful of motorsport competitors.

In terms of the directions, no training or competition whatsoever may take place in designated hotspot areas. Much, if not most, of South African motorsport, takes place in areas currently designated by government as hotspots.

MSA is very disappointed by the contents of the published directions surrounding sport, particularly in light of the submission it had already made to government.  This being said, MSA will continue to engage with government in an ongoing effort to achieve a resumption of local motorsport as soon as possible in a safe and responsible manner. 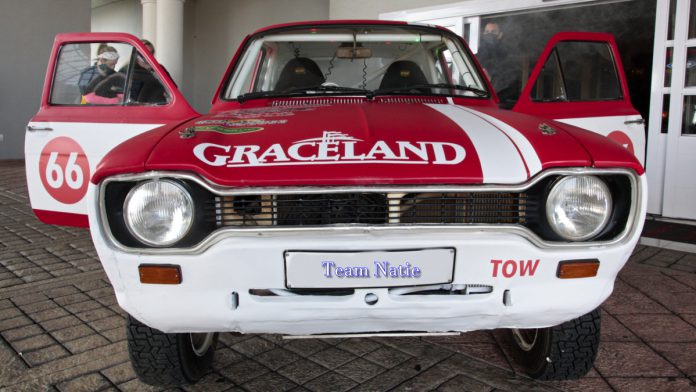 Youngsters play in an Easter soccer tournament. The past few...
Sport

Halcat National Championship held at Trichardtsfonteindam on the past...
Sport

Return of the Big Guns

Graceland was a hive of activity as the "Return...
Sport

The Eagles have done in again with their win...