The Eagles have done in again with their win in the Covid league, Mens A division.

This league was played over five weeks, with five different leagues within, A, B, C, D and a mixed league.

The Eagle have won this league two years in a row.

A new league has started and will end in February next year.

Here is a short history of the Eagles team.

The Eagles started in the middle of 1994 as the Golden Eagles. The name actually originated from a set of orange jerseys with an Eagle on.

The first arena was in Trichardt and called “Blits Bal”.

The Eagles lost their first game against a Police team with about 100 runs but they recovered quickly and grew in strength. At the end of the league, they played the Police again and lost with only 5 runs.

That is where their dominance, not only in Secunda, but in Mpumalanga started.

Through the years new talent were added to the team and the older players transferred their skills to the younger players. The following players joined the Eagles Family from 2000.

All of these players are still playing for the eagles and to compile an “Old School” team for a legends game it would most probably look as follow:

They would most probably still teach the young ones a thing or two.

Throughout the years the Eagles never stopped playing even if the arenas closed. They would just find the next arena and play there. They just loved the game so much.

They have played in a lot of different arenas that included:

Most of the time they played without any sponsors and had to fund their games on their own.

The were crowned champions in all the arenas in their league.

The best opponents were the VAT-VAT team that lasted a season or two but they also disappeared.

The Eagles received regular invatations to the club championships in Pretoria and Springs.

As with most successful teams, quality plaers emerged from within. Most of the older players carried the Mpumalanga team for a number of years.

On two occations the entire team played in the Nationals. One was in PE where they acheived third place. The other was in Pietersburg where they won silver medals. The lost aagainst Eastern Province in the final with 9 runs.

The following Eagles received their provincial colours with a few that played national and internationally.

All of the following players represented Mpumalanga:

There are also two father and son combinations playing for the Eagles and one uncle and cousin.

Then there are the youngsters (they call some of the team members “Oom”); Mike, Jaco ,Dewald and Andre.

They are our upcoming stars.

This is a team that stood together for 26 years. A team that is proud, loyal and has respect for each other. Not only for each other but also for the game and their team. The Eagles!

Very few would argue that this team can be called LEGENDS! 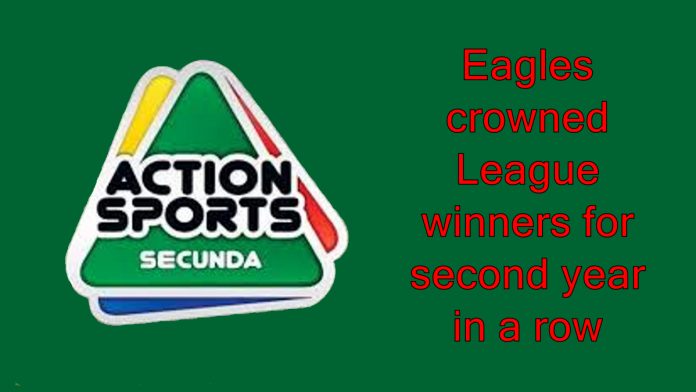