DEPARTMENT OF FORESTRY, FISHERIES AND THE ENVIRONMENT CELEBRATES WORLD RANGER DAY AND REPORTS BACK ON RHINO POACHING IN SOUTH AFRICA

31 JULY 2021 was World Ranger Day. Rangers are facing increasing dangers in the field as poaching syndicates are growing more ruthless

“On World Ranger Day, we want to pay tribute to our rangers for the incredible work they do each and every day to keep our National Parks and our iconic species safe. We also want to pay tribute to eleven of our staff members at SANParks who lost their lives to Covid 19 over the past year,” said Minister of Environment, Forestry and Fisheries, Ms Barbara Creecy.

“We find ourselves in a position where the efforts being made to combat wildlife crime, such as rhino poaching, are influenced to some extent by the extraordinary circumstances surrounding the battle to beat the Covid-19 pandemic,” said the Minister.

“In the battle to conserve our wildlife and halt poaching, it is our rangers who remain at the forefront, putting their lives on the line daily to conserve our environment and vulnerable species despite the additional risk of contracting Covid-19,”  added Ms Creecy.

We also want to remember Field Ranger, Checkers Mashego whose lifeless body was discovered at the Kruger Park late last year. May the souls of all our SANPARKS staff and field rangers rest in peace after serving our nation with diligence and passion.

From January to the end of June 2021, 249 rhinos have been poached for their horn in South Africa.  While this is higher than the number of rhino killed for their horns in the same period last year,  at 166, it is less than the 318 rhinos that were poached in the first six months of 2019.

A number of successful arrests and prosecutions have also been recorded in the past 6 months. This again underscores the success of the collaborative work being done by law enforcement agencies. These include the police, the Hawks, SANParks, the Environmental Management Inspectorate or Green Scorpions, customs officials, SANDF, provincial park authorities and the National Prosecuting Authority.

From January to June 2021, 40 alleged poachers were arrested within the Kruger National Park.  A total of 125 people have been arrested for rhino poaching and rhino horn trafficking across the country in the past six months.

Numerous confiscations of rhino horn have also taken place since January, both within the country as well as at OR Tambo International Airport.  The cohesive partnership with the South East Asian countries is also showing concrete results with the recent collaboration between the South African and the Vietnamese authorities resulting in one of the largest seizures of rhino horns and other wildlife products, thereby disrupting syndicate activities.

A total of 14 cases have been finalised since the start of the year with a verdict, representing a 93% conviction rate. A total of 14 convictions represented 20 convicted accused. Due to the Covid-19 pandemic, the finalisation rate in courts has slowed down as witnesses, accused and court staff in many instances are required to isolate or quarantine, and even court buildings in some instances need to be decontaminated. This has had an effect on the finalisation of cases.

“It is clear that the multi-disciplinary, integrated approach to investigating illegal wildlife trade is bearing fruit and that effective collaboration with critical role players remains key to our success,” said Minister Creecy. “I congratulate the teams on a job well done.”

Read more on the Department of Forestry, Fisheries and the Environment HERE

We remain aware that criminal elements within our society continue to take advantage of the socio-economic pressures and drive demand for illegal wildlife products.  Accordingly, the Department, working with a number of communities, NGO’s and donors, continues with various community development programmes, in collaboration with its partners, SANParks, Provinces and neighbouring countries. The only long term sustainable solution to wildlife management and conservation is to ensure communities living on the outskirts of our national parks benefit from tourism and other opportunities.

The provincial and national breakdown for January to June 2021 (in comparison to 2019 and 2020) is as follows:

Noticeably increased poacher pressure has been experienced in Limpopo, Mpumalanga and the Free State provinces. The Department is also monitoring the increased pressure seen on private rhino reserves and collaborating closely with the private sector which continues to play a significant role in rhino protection. During the same reporting period over the last three years, losses in private parks constituted 15% of the total reported loss in 2019, 9% in 2020 and 30% so far in 2021.

The following are examples of successful prosecutions indicating that transnational organised crime, as well as poaching cases within the borders of the Republic, are addressed through collaborative efforts between the NPA, DPCI, Stock Theft & Endangered Species Unit of the SAPS and the Green Scorpions:

South Africa and the Vietnamese authorities worked together for the past month in investigating one of the largest consignments of rhino horns and other wildlife products to disrupt syndicate activities. The first phase of the investigation was concluded on 17 June 2021 with the seizure of a container in Da Nang Port in Vietnam. The Vietnamese authorities seized 139 kilograms of rhino horns, as well as 3.1 tons of animal parts suspected to be lion bones. The integrated investigation continues between the two countries with further results expected.

In addition to this success, another consignment of 32 rhino horns was seized at OR Tambo International Airport on 17 June 2021 destined for Malaysia. The HAWKS are currently investigating the matter.

Just days prior to the seizures made in Vietnam and ORTIA two rhino horn traffickers were arrested in Bedfordview, Johannesburg. One Zimbabwean male, 35 years and one South African male, age 40 were arrested in the late afternoon on 16 June 2021 during an integrated Hawks operation supported by DFFE, US Home Land Security and public-private partnership. Two kilograms of rhino horn were seized during the operation and the accused appeared in the Germiston Magistrate court on Monday 19 June 2021.

In addition to these successes, three accused that were arrested by the HAWKS in Gqeberha on 21 February 2021, charged with the theft of a rhino horn, were convicted in the Gqeberha Magistrate Court on 15 June 2021. 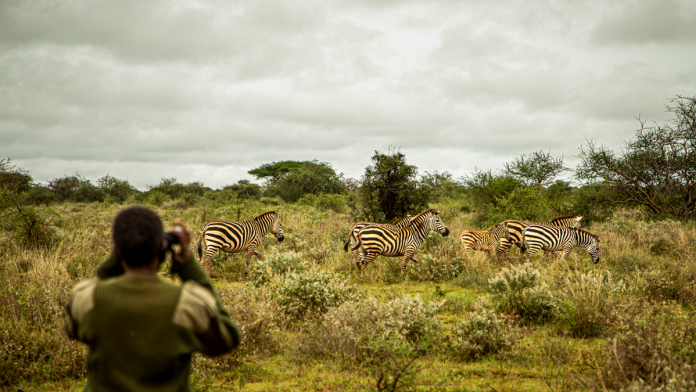