NewsWhistleblowing and the associated dangers!
News

Whistleblowing and the associated dangers!
W

Whistleblowing in South Africa is a dangerous game!

This is the first in a series of articles regarding whistleblowing in South Africa.

“SIU confirms Babita Deokaran, mowed down after dropping a child at school, was a witness in the R332m PPE scandal.” Daily Maverick

These are all headlines in mainstream newspapers! Whistleblowing is dangerous.

Several mainstream whisteblowers have been featured in recent years. All had been victimised for speaking up.

The murder of Babita Deokaran clearly emphasises the dangers that whistleblowers face in South Africa.

But let us start at the beginning. What is a whistleblower?

Wikipedia says the following of Whistleblowers: A whistleblower (also written as whistle-blower or whistle blower) is a person, usually an employee, who exposes information or activity within a private, public, or government organization that is deemed illegal, immoral, illicit, unsafe, fraud, or abuse of taxpayer funds. Those who become whistleblowers can choose to bring information or allegations to the surface either internally or externally.

Over 83% of whistleblowers report internally to a supervisor, human resources, compliance, or a neutral third party within the company, with the thought that the company will address and correct the issues. Externally, a whistleblower can bring allegations to light by contacting a third party outside of the organization such as the media, government, or law enforcement.

It is also a huge decision to become a whistleblower as there would normally be severe retaliation by the whistleblower’s employers.

Wikipedia also defines the following: The most common type of retaliation reported is being abruptly terminated. However, there are several other activities that are considered retaliatory, such as a sudden extreme increase in workloads, having hours cut drastically, making task completion impossible or otherwise bullying measures.

Individual harm, public trust damage, and a threat to national security are three categories of harm that may come as a result of whistleblowing. Revealing a whistleblowers identity can automatically put their life in danger.

For the whistleblower’s claims to be credible and successful, the whistleblower must have compelling evidence to support their claims, that the government or regulating body can use or investigate to “prove” such claims and hold corrupt companies and/or government agencies accountable.

The Mail & Guardian wrote the following in an Editorial dated 27 March 2021: The corrupt, those with power and those who abuse others thrive when their wrongdoing stays hidden. In government and in the private sector these secrets are kept because people have so much to lose when speaking out.

As this newspaper (M&G) has often reported, from the days of apartheid to today, it is not unusual for whistleblowers to be killed for their bravery.

The bulletin asked several entities that are impacting the lives of Govan Mbeki Municipalities to forward their respective whistleblower policies to us. These included Rand Water, Eskom, Sasol and Evander Gold Mines.

The following acts are applicable when whistleblowing is at play:

We will be giving tips from real whistleblowers on what to do and not to do. We will visit the different laws and acts. We will also scrutinise the different policies of companies in our area.

We will see if what happens in the workplace and what is written in the policies align. 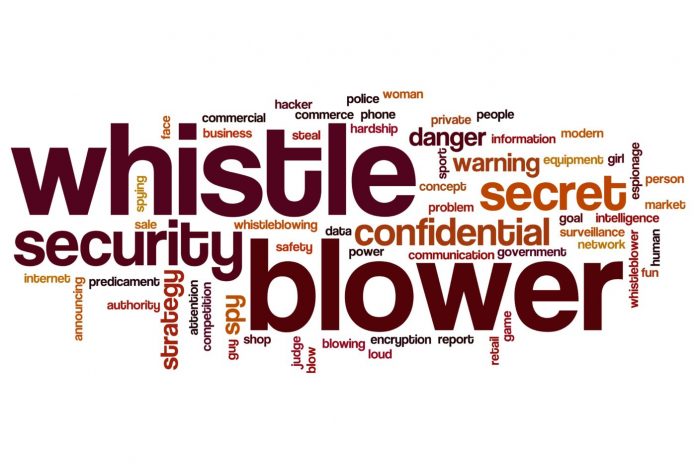 Whistleblowing and the associated dangers!