Driving with a vehicle full of cigarettes turned out to be a bad choice for a foreign national in eMbalenhle.

An officer was doing an address confirmation in an unrelated case when they notice suspicious behaviour from a Silver Toyota Carolla.

The officer turned back to investigate, and the Toyota sped off. The suspect could not negotiate the turn near the Skosana Butchery and crashed into a minisub station.

A large part of Ext3 in eMbalenhle will be without power because of the damaged mini-sub. The electricians have already started the repair process.

A crowd of foreign nationals gathered around the crashed Toyota and Police vehicle. The driver was taken into custody.

The vehicle was taken to the eMbalenhle police station by Emba Towing where it will be kept as evidence.

The vehicle was searched by the detectives and a large number of illegal cigarettes were confiscated as well as an unknown amount of cash. A further bag of coins was also found hidden behind a Sub speaker in the boot of the Carolla.

The suspect was taken to the charge office to be charged and is expected to appear in court in the next few days.

The illegal cigarette trade is not only damaging the economy but are even more damaging to a smoker’s health than approved cigarettes.

South Africa is the first country in the world to allow an illegal brand to become its top-selling cigarette.

llegal cigarettes today account for approximately 33% of all cigarettes sold in South Africa. Such cigarettes are particularly prominent in the informal trade, where they make up an astounding 42% of the informal market.

What are illegal cigarettes?

Illegal cigarettes are cigarettes on which the correct excise tax has not been paid. These can easily be spotted by their low price. There are 4 recognised categories of illegal tobacco products that can be fund globally, as described by the WTO:

In any of the definitions list above, the typical marker is a retail price with a selling price that is significantly lower than either the taxes due or standard market prices. Transferring the concept to a local example, a pack of 20 cigarettes selling for below the Minimum Collectible Tax (MCT), as announced by the Minister of Finance each year, should be considered illegal, according to an Eastern Cape High Court judgment in 2015 (National Director of Public Prosecutions versus Adan, 2015).

As of 2019, the minimum collectible tax on a pack of 20 cigarettes is R19.16, making any pack selling for less than this suspect of being illegal.

The latest Ipsos Tobacco Market Study, commissioned by the Tobacco Institute of Southern Africa (TISA), showed that RG cigarettes are now the top-selling brand in the country. In November 2018, the study revealed that RG brand sells for an average of R10 per pack, well below the MCT of R17.85. RG is manufactured by a SARS registered tobacco manufacturer, with a factory in Johannesburg.

Manufacturers of illegal cigarettes produce and earn profit on vast volumes of cigarettes, while paying SARS only a small portion of the tax owed. These manufacturers are widely known, and are reported to be significant funders of some of South Africa’s largest political parties. This under-declaration of volumes equates to tax evasion, and costs the South African fiscus, a conservative estimate of R8 billion every year.

In addition to depriving the Government of much-needed tax revenue, the illegal tobacco trade harms the social fabric of South Africa in many ways, with government’s Non-Communicable Disease health strategy the most impacted. Other studies done outside of South Africa have found that revenues from illegal trade support further criminal activities such as human trafficking, terrorism activities, and corruption, amongst other various examples of criminal activities linked to illegal trade.

Growth in locally produced illegal cigarettes has significantly eroded the value chain in the legal cigarette market. BAT South Africa’s business has declined by 30% since 2012, forcing us to adjust the size and structure of our business. 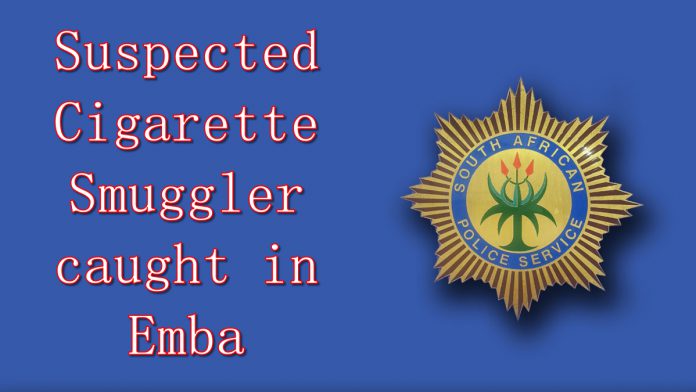