Sasol has been negatively impacted by the drop in oil prices as well as the sharp decrease in the demand for fuel due to the COVID-19 lockdown that restricts travelling.

Businesses in Govan Mbeki Municipal area have always benefited from Sasol’s involvement in the area. Most businesses have some connection to Sasol, be it through direct business or offering services to people that work at Sasol.

“The group also revised its full-year production forecast for SSO, warning of a decrease to between 7.3- and 7.4-million tons, based on an operating rate of 75% of capacity for the remainder of the financial year.

The drop in domestic fuel demand had also led to a decision, taken together with its partner Total, to suspend production at the Natref refinery, in the Free State.

Natref was decommissioned between April 9 and April 20 and the planned May shutdown would now proceed earlier than initially scheduled.

The decline in mining construction chemicals demand during the lockdown had resulted in the suspension of production of Sasol’s ammonia, nitric acid and chlor-vinyl plants in Sasolburg.

Demand for Sasol’s other industrial chemicals had not been significantly impacted, however, and SSO’s residual operating capacity was prioritising chemicals production for supply to domestic and export markets.” TERENCE CREAMER of Mining Weekly reported

Sasol today announced it was implementing additional cash conservation measures to provide a further buffer against short term volatility due to the continued negative impact of COVID-19 on market demand.

“Earlier this month, Sasol announced that as part of a comprehensive response plan it had set a cash conservation target of US$2 billion by June 2021, focusing on management self-help measures aimed at increasing business efficiencies.” A statement from the company said.

“While we are making good progress on our target, the low oil price and impacts of COVID-19, and in particular the national lockdown in South Africa, has led to a steep decline in fuels demand,” said Sasol President and Chief Executive Officer Fleetwood Grobler.

“Given our assessment of the market and current developments, we are implementing further measures to increase cash conservation during this period.”

The company is in discussions with its respective Retirement Funds’ Boards of Trustees to suspend the employer contribution to the Sasol South Africa retirement funds, for an eight-month period up to December 2020. In countries where a suspension of employer contributions is not possible, an equivalent salary sacrifice or alternatively a sacrifice to other benefits will apply.

A fee reduction of between 20% – 40% will be implemented for the Sasol Limited Board of Directors, across all fees. The Group Executive Committee will also implement a salary sacrifice of 20% up to December 2020.

As CEO, Mr. Grobler’s salary sacrifice comprises two-parts. For three months, 33% of his salary will be donated to the Solidarity Fund set up by the South African government to support the fight against COVID-19. For the remaining five months, a salary sacrifice of 20% will apply as part of the company’s cash conservation drive.

The company will also introduce a global salary sacrifice for employees from supervisory and specialist levels upwards, who do not form part of collective bargaining arrangements. This will be implemented in line with the respective legal requirements in different countries, according to a sliding scale. The scale ranges from 20% for employees in executive to senior manager levels to 10% for employees at supervisory levels, for a period of eight months.

Furthermore, Sasol will forgo salary increases in the new financial year, to all employees outside of its collective bargaining arrangements globally, and no short-term incentives will be payable this year.

“Given the current environment, we must take all necessary measures to proactively manage this market volatility and uncertainty. The decision to implement a salary sacrifice is regrettable, but this is a short term measure necessary to help secure Sasol’s long-term future.” Sasol said in their statement today. 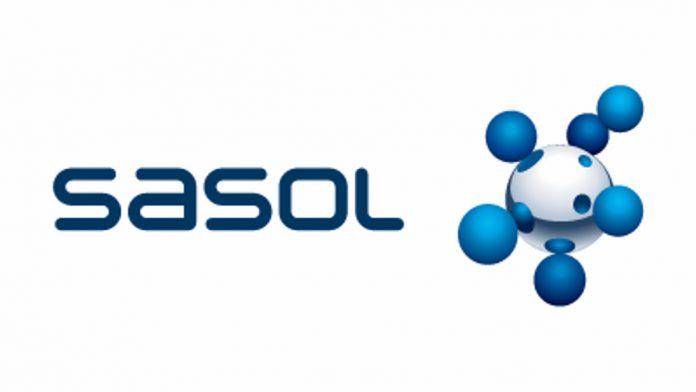