People rally against the Sasol vaccination program through the Pro-choice group.

People are unhappy about the seemingly forced vaccination program by Sasol.

The Bulletin recently posted a few articles regarding the Sasol vaccination program. The first was when the rollout was done at Sasol club and the second was about the Statement by Solidariteit regarding the costs for the tests and Sasol’s response.

Sabelo Sibanda, an Advocate at the South African High Court and well-known Activist Debbie Else visited Secunda over the past week to obtain first-hand knowledge about the situation in our area, in particular regarding the Sasol Vaccination drive in conjunction with The Mpumalanga Department of Health.

Sasol said the following in a recent statement:

From 30 August till the end of September 2021, the Sasol Secunda Operations plant will undergo a major facility shutdown for statutory maintenance to critical infrastructure and equipment.

During this period, the size of the workforce on site will increase substantially to nearly 20 000 people, comprising Sasol employees and those of service providers.

Sasol further regards vaccination of the workforce involved in activities on-site during the shutdown period as a necessary and effective measure to mitigate the increased workplace exposure to the COVID-19 and the risk of it spreading.

The Bulletin spoke to both Sabelo Sibanda and Debbie Els regarding their view, as well as a few other people, regarding the measures that Sasol put in place to try and limit the spread.

“People should not be forced to take an experimental drug,” she said.

Sabelo Sibanda said that the most critical thing is the public awareness aspect. “I always say that the law is a tool by which to do unlawful things, The law in this country is written in such a way that it excludes a lot of people. What we are doing is to ensure that people understand how policies, that they are asked to adhere to, relate to national legislation, and how that relates to the constitution.”

Sabelo is of the view that employers are using underhanded methods to compel employees to be vaccinated. “There are companies that have promised employees promotions based on their vaccinations.”

He strongly believes in Informed Consent and promising promotions violates that consent.

The bottom line is “People have a right to say no!”

The Bulletin asked Debbie about her view on asking people to receive the vaccination or testing regularly. We asked if that does not constitute a choice?

“I do believe that shutdown is a super spreader event,” Debbie said, “People, however, can not afford to pay for the test every week. They will end up working just to get the test done. That is forcing people, not giving them a choice!”

“According to CDC, WHO and a few others, Vaccinated and Unvaccinated are equal spreaders of the virus. CDC recalled the PCR test and said that it is not adequate so why are you still forcing people to have the test?”

They used their time here in Secunda to gather information. The info needs now to be researched and evaluated. Only then will the next step be formulated and communicated to the interested parties.

“This process is about people feeling so pressurised that they are making decisions that they would not have taken before,” Said Sabelo, “it is literally about people being herded like cattle and they don’t have a say in it.

If you would like to join the Pro-choice group, you can do so by using the following link: https://chat.whatsapp.com/BBm2xZ6TW4f8x5nMWMo87C 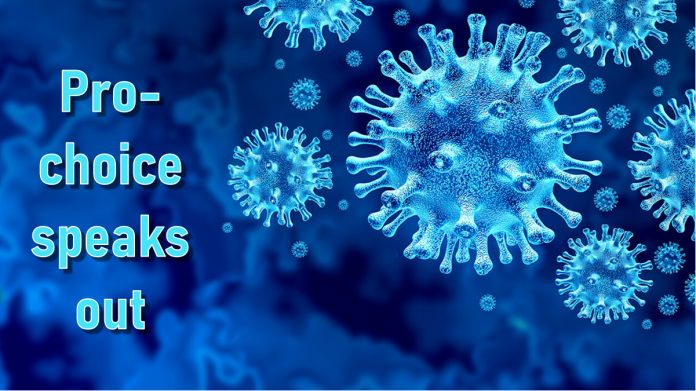