Sasol Highveld Photography Club held its first meeting for 2022. The photographers excelled at the meeting

The first meeting of the Sasol Highveld Photography Club was held earlier this month.

The photographs were of high quality with only a few photographs not receiving Gold or Certificate of Merit awards.

The Sasol Highveld Photography Club is passionate about photography and about the quality of the images members shoot. They want the members to enjoy their photography.

Their goal is to help their members to learn, grow and expand their photography. Highveld Photography Club wants to make a difference in each photographer’s life, by giving members inspiration to really appreciate their hobby and by recognizing their work. Each individual is unique and your picture is special!

The club meets monthly on a Friday at 18:00 for 18:30 at the Scrum Hall in the main building of the Sasol Recreation Centre.

Check out their “Winners” tab to see the previous winning photos produced by members of the club.

Bernie van der Vyver, a well-known artist from Bethal, acted as the judge for the evening.

Born in 1969, Bernie van der Vyver played from an early age with his pencils, paper and clay on a farm in Bethal. He had a passion for Wildlife and was drawing wild animals as soon as he was able to control a pencil. One of his favourite pastimes was to escape to the marshlands where he could mould forms of animals from clay.

During his high school years, he took art as a subject, but his work was considered too realistic to qualify as art. A few years later he took up a subdivision of art: Sculpting as a subject and worked mainly with iron as a medium. He matriculated with a distinction in art and received certificates throughout his schooling years from the Department of Education.

His creativity and passion blossomed in 1999 and he started to draw in soft pastels. His paintings started to sell and he painted on commission until 2005 when he explored oils due to the request by prospective buyers.

His talent is so diverse that he also paints pictorial paintings on commission despite the fact that wildlife is his first love. He also enjoys doing wildlife photography in the National Parks, which he uses as a reference for his unique paintings.

Bernie spoke about The Golden Ratio.

The “golden ratio” is a unique mathematical relationship, and easy to spot in the natural world. 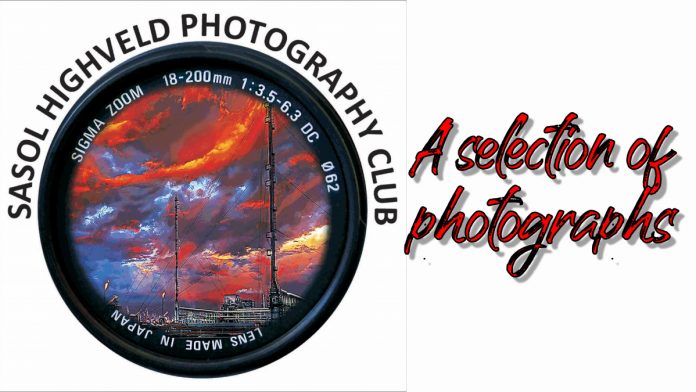 Photographers shine at first meeting for 2022