My own grandchild was born at 31 weeks. It was a very scary time for all of us. We could not visit him at all. His father was restricted from visiting him as a result of the COVID pandemic. Our grandson was in the hospital for a total of 39 days.

But this story is not of him but rather of another little boy that needs help.

The Secunda community have rallied behind the Bulletin on several projects in the past and once again we are asking for your contribution.

But first, let us bring you the story of Ruhandre. It is a remarkable story of a will to live and a story of love and determination by his parents.

I need to point out a few things first, you will read it in the story again though. Ruhandre weighed less than a loaf of bread at birth. He was also about as long as a school ruler.

Here is his story now as taken from the Arms of Mercy website.

The Secunda community have rallied behind the Bulletin on several projects in the past and once again we are asking for your contribution.

Ruhandre Opperman was born prematurely at 24 weeks on 4 November 2020 as a micro prem baby who weighed 684g and was 31.5cm tall. He was immediately taken to NICU where he was put on the ventilator for oxygen. The next day they tried to insert a feeding tube for his milk but it was not successful. Doctors then diagnosed him with Oesophageal Atresia – a defect where the oesophagus (swallowing tube) does not connect to the stomach. Because of this, Ruhandre received nutrition through a drip for the entire month and did not gain any weight.

They said he was going to have to be transferred to Alberton, where he would then undergo surgery to repair it. He was transferred to Clinton Netcare Hospital on the 3rd of December. When he got there his oxygen dropped drastically and they had to support him with artificial respiration. The Dr then determined that he was misdiagnosed and the same evening they managed to get the feeding tube into his stomach. The doctor took x-rays of his lungs and saw that it was very badly damaged and that Ruhandre also had an infection in the lungs.

Ruhandre was on the ventilator for the rest of December because he was diagnosed with chronic lungs and still weighed only 700g. They had to systematically stimulate his stomach so that it could get used to the milk. There were times they had to stop for up to 5 days because his stomach was aspirating and the milk was not being digested. Due to the fact that he did not get milk for the first 4 weeks, he did not grow anything and neither did his lungs.

With a lot of medication, blood transfusions and prayer he is weighing 1,176kg already after 9 weeks, and he receives 18ml of milk every 3 hours. His oxygen level is also much better and he is currently on the nasal cannula for oxygen, and completely off the ventilator.

Baby Ruhandre is truly an angel. He fights all the way and is getting better every day. His stay in the hospital is, unfortunately, going to be for a very long period because he is still so small and very ill.

With all the blood tests etc. his parents have received a few heavy bills that no one can pay at once. They are trying to negotiate at the moment but it is going to be difficult and they will accept any and all donations to help them financially.

How can you Help?

Please show the Oppermans that Secunda really cares and lets make a difference in their lives. 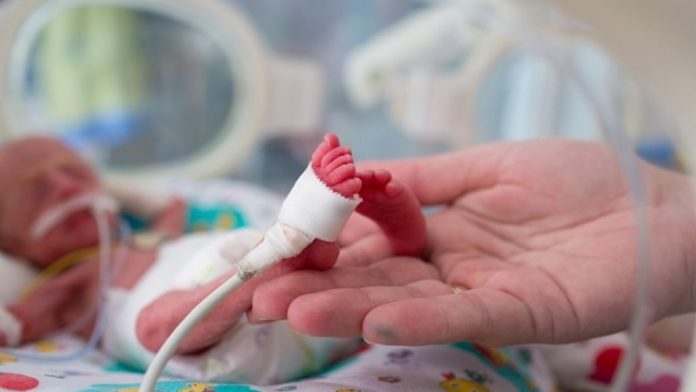