PRETORIA: Harry Johannes Knoesen (64), the fifth accused and leader of the National Christian Resistance Movement aka “Crusaders” right-wing organisation, has today, 06 June 2022 been found guilty in the Middelburg High Court sitting in the Middleburg Magistrates court.

Knoesen was found guilty of the contravention of Protection of Constitutional Democracy Against Terrorism and Related Matters Act (POCDATARA) when he and his accomplices prepared and planned to carry out terrorist attacks on government institutions and the African population in South Africa on 28 November 2019.

Knoesen led and formed part of the Crusaders’ organisation that planned and conspired to overthrow the democratically elected Government of South Africa and replace it with a Government led by the organisation. This objective would be achieved by carrying out attacks on military and police installations as well as on informal settlements occupied by African persons.

After pleading not guilty, Knoesen has appeared several times in court defending his plea which culminated in his conviction.
Count 1: Contravention of POCDATARA – preparing and planning to carry out terrorist attacks – guilty

Count 2: Incitement to carry out a terrorist attack in South Africa – guilty

Knoesen was remanded in custody and his case was postponed to 10 June 2022 for him to present his sentencing reports as he is representing himself.

The National Head of the Directorate for Priority Crime Investigation, Lieutenant General Godfrey Lebeya applauded the investigation and prosecution teams. “We are satisfied with the judgement. It once again shows that excellent intelligence gathering and dedicated investigation prevented a bloodbath in the country. If the planned attack was not prevented and disrupted, it would have led to a racial war in South Africa”, he concluded

The other accused, Donald Abrahams (57) and Erroll Abrahams (52) who were found guilty in December 2020, are serving time behind bars following their pleading guilty and sentencing.

On 8 December 2020, they received the following sentences:

Count 1: Preparing and planning to carry out terrorist attacks – “Fifteen (15) years’ imprisonment, of which seven (7) years are suspended for five (5) years.

Effectively each accused will serve 8 years in prison. All other sentences will run concurrently with the sentence on count 1(preparing and planning to carry out terrorist attacks).

The Court has further ordered in terms of section 103 of the Firearms Control Act, that both accused are unfit to possess firearms, ammunition, competency certificates, licences, authorisation and permits. 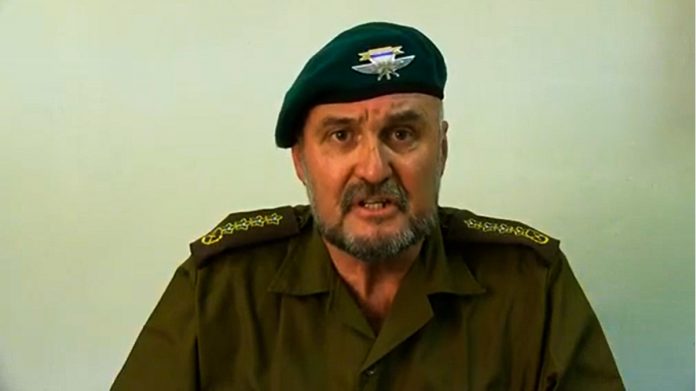