NELSPRUIT – The police in Mpumalanga have launched a manhunt for business robbery suspects targeting funeral parlours at Nelspruit and surrounding areas. In all of these parlours, money was taken with the recent robbery taking place on Friday, 03 July 2020, at Kabokweni.

Information revealed that on 30 June 2020, the first funeral parlour was robbed in Nelspruit CBD by two armed suspects. Preliminary investigation suggests that the suspects pounced on an administration clerk who was alone busy with her normal duties. After entering the premises, they demanded money at gunpoint and after taking it, they tied her with cable ties then fled the scene. The victim was eventually freed by security guards who were patrolling the business centre and immediately notified the police.

The second incident also took place in Nelspruit on Wednesday, where again two armed suspects entered the premises and found an administration clerk helping two clients. They threatened her and the clients with firearms then took money belonging to the business as well as from one of the clients.

Before fleeing the scene, the suspects locked the victims at the back of the premises.

The victims managed to free themselves and police were summoned to the scene.

Another funeral parlour was robbed at Kabokweni on Friday 03 July 2020, where employees who were on duty were accosted by two men who entered the business under the false pretence that they desired to sign up for funeral policies. Whilst the administration staff members were busy explaining to the men about various policy options, suddenly these men drew firearms and pointed the employees.

The suspects locked them (employees) in the storeroom, took money then absconded the scene.

The crime threat analysis suggests that these criminals are starting to target funeral parlous judging at the three accounts which all took place within a week and it alarms a serious concern. The Provincial Commissioner of the South African Police Service in Mpumalanga, Lieutenant General Mondli Zuma, has since requested the funeral parlour owners to strengthen their security measures when banking or collecting money from clients. The General has also urged the community to assist police in identifying these unscrupulous criminals.

Anyone with information that may lead to the arrest of the suspects, is urged to contact Detective Colonel Lisa Sambo on 0824622748, or the Crime Stop number at 08600 10111. A tip-off can also be forwarded to the MYSAPSAPP which can easily be downloaded to any smartphone. 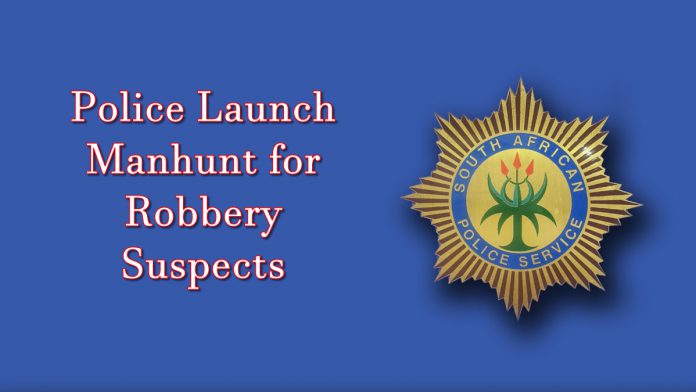