The EFF in Govan Mbeki Municipality has joined hands with the ANC.

The municipal council of Govan Mbeki Municipality (GMM) have been in disarray since the vote of no confidence in the Speaker of the council Cllr Fikile Magagamela. The speaker was successfully voted out of her position by all opposition parties in the council. These parties are Democratic Alliance (DA), Economic Freedom Fighters (EFF), Freedom Front Plus (VF+), the Azanian Residents Party (ARP), African Transformation Movement (ATM) and the Inkatha Freedom Party (IFP).

The council meeting was disrupted by the African National Congress (ANC) in an effort to protect the Speaker to the point that all opposition parties left the meeting. This brought a change of heart by the EFF as well as the ATM, the motion was tabled by them, ARP and the IFP.

The EFF vowed after the last municipal elections not to form any coalition with the ANC. The EFF leader, Julius Malema was very vocal about that. They were also under strict instructions not to vote for the ANC.

“We are not desperate to govern, We are not going to do everything in our power to get into government by compromising the fundamental principles which are going to change the lives of our people,” Said Julius Malema at a press conference in 2021 after the local municipal elections. It is a far cry from proceedings at the council meeting on May 31.

ANC Cllr Sibanyoni was demoted to the MPAC Chairperson position

“The DA congratulates Cllr M Ntsibande and with a hope that the piling up of refuse in residents premises and at every open space next to the streets will the past,” said James Masango, Deputy Chairperson of the Federal Council of the DA and Councillor in GMM, “Early this year the EFF submitted a motion of no confidence against the mayor Nhlakanipho Zuma and another motion to have the former Municipal Manager Felani Mndebele reinstated. Both motions failed because they were not in compliance with the Council Standing Orders.

“The EFF then led by Sam Zandamela MP, approach the DA to take over as GMM government. The DA agreed on the condition that we don’t govern with them,” continued James. “The EFF represented by Sam Zandamela saw an opportunity and made an about-turn demanding the position of the speaker from the DA. The DA flatly refused the demand. The EFF then took a decision to abandon their mission to remove the ANC from government and rather join forces with the same mayor they earlier had no confidence in.”

“The DA wishes the EFF well in their new position as the co- governing party with the ANC. We are awaiting a radical change in the services delivery in GMM,” said Masango, “The DA will continue as mandated by their voters to be an effective opposition and hold both the ANC and EFF accountable.”

The DA in GMM have now launched a legal battle with GMM, The Mayor Cllr NG Zuma as well as the Acting Municipal Manager, Lizzy Shabalala. The DA maintains that the Motion of no Confidence carried (was successful) and that Magagamela is occupying her office illegally. The DA also claims that all actions, after the removal of Magagamela as a speaker, that Magagamela presides over are open to a legal challenge.

If the court rules in the DA’s favour several items might be challenged. Items such as the budget that was approved after her removal as well as the appointment of the new Municipal Manager.

Also read: ANIMALS 101 – PLANNING TO GET A PARROT OR HAVE ONE?

The Executive Mayor is adamant that the procedures were handled correctly, even if it was handled differently in the last council meeting to serve their own purpose.

The DA did not attend the council meeting on April 28 as well as May 31. During the so-called continuation meeting on April 13, they withdrew when the acting Municipal Manager, Lizzy Shabala, refused to preside over the election of a new Speaker.

The EFF, ATM, ARP and IFP decided to attend these meetings in contradiction to a prior agreement to force a new election. The motion was even withdrawn after being successfully voted upon.

It would appear that power-hungry individuals within the EFF are adamant to have some say in running this municipality, even to the extent of working against their leader’s instruction and forming a coalition with the ANC.

This municipality has been plagued by mismanagement for several years under the ANC rule and for the first time, ever history could have been made in Mpumalanga. The EFF chose to bow under pressure from the ANC bullies. So have the ARP, ATM and IFP.

The Municipality are already on the verge of complete collapse with an unfunded budget of over R400m with no prospect of improvement under the current leadership.

Will there be a positive outcome with the EFF/ANC coalition?

The Bulletin seriously doubts that.

We will continue to update you on the state of affairs as it develops. 14 June may well turn out to be a Rubicon judgement for all

Previous articleANIMALS 101 – PLANNING TO GET A PARROT OR HAVE ONE?
Next articleMayor delivers State of the Municipality address 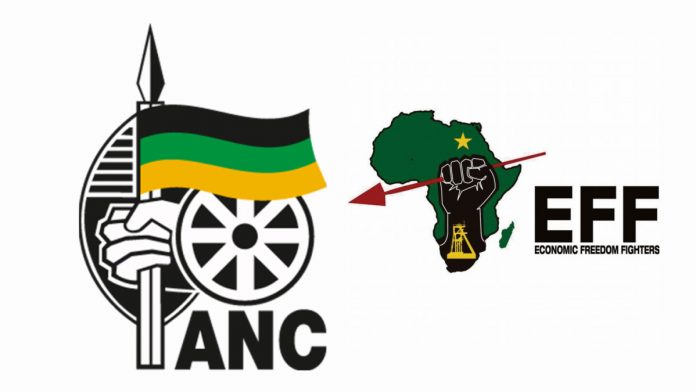