First, it was Dirkie Arnold on that fateful day, 1 July 2019 and now it is his older brother Sydney that joined him in heaven on 6 April 2021. It was Syndey’s 29th birthday.

As I travel to meet their mother, Henriette Nel, at the Duck pond I can only wonder what type of woman I am going to meet. What hardships did Sydney face over his last days in hospital?

Henriette is a strong woman although her face speaks of many hardships, she has no regrets. Sydney and Dirkie played a huge role in her life.

The shock of Dirkies death is still evident when we speak about him and she has many unanswered questions. But she accepts that there is nothing she can do and believes that the truth will still surface one day. “Sydney knew the truth,” she said, “he just wanted to finish his qualifications before acting on what he knew.”

Bitterness and regret are very evident when she speaks about the treatment that Sydney received at Evander Hospital. While I listened to some of the messages that she played to me as well as her recollection of that fateful day, I can only sit and wonder in horror, when did life become so cheap in our state hospital system?

It was clear that Sydney had difficulty breathing and was very weak in hospital. He could not move himself to even just fetch a bottle of water. He had to ask for help. Help that was not readily available. Although the hospital experience proved to be a nightmare, Henriette could only speak with praise about the provincial ambulance services. “They were great and treated Sydney very well.”

“I could hear him calling for help sometimes when we spoke,” said Henriette, “only to receive no answer or a noticeably short, irritated response from the staff.” The other patient in his room had to help him drink water.

Sydney would sometimes fall asleep when he spoke to his mom, he was so weak and tired. This will haunt Henriette for ever. She spoke to him when he died. “I thought he fell asleep again,” she said, “I could hear the staff working on someone or something but didn’t realise until later that they were working on Sydney.”

One of the staff told her a little later that they were working on Sydney trying to revive him while she was still on the phone, they could hear here calling as she was on the loudspeaker.

Sydney was admitted to Evander hospital a year ago with pneumonia. He received good care during this time and recovered well. This time he was ill for about three weeks but was only admitted to hospital 9 days before his death.

Henriette speaks fondly and with great respect of Sydney. “Sydney was busy studying and trying to achieve a qualification (N3) as a Millwright, we were also both just for classes away from qualifying as Safety Officers,” she said, “Sydney was the one that pushed me to qualify and motivated me to do the course.”

Sydney in particular took matters into his own hands and started to work on a career. He worked hard. He studied hard. He made a decision to make something of life. He was determined to not do it alone but to also see his mother succeed with a new career path. Only to be failed by a system that no longer function the way it should.

The death of Dirkie affected Sydney tremendously. “He knew who was responsible for Dirkie’s death,” said Henriette “The truth will still come out.”

Dirkie and Sydney were two young men in the prime of their lives, only to have it cut short tragically. I asked Henriette how she copes with this terrible loss and the tears started to stream over her face.

“I trust in God for my strength,” she replied, “and then there is my little boy Tatane.” Sydney was very fond of Tatane.

Facebook was flooded with messages of condolences to Sydney. It is clear that he was popular with those that knew him.

The times that I spoke to Sydney he was very courteous and very neat.

We will all miss him dearly

This was regarding the death of Dirkie.

On Saturday, 1 June, a tragic incident took place. The body of a young man was found between the buildings of Secunda Square and Lewis Stores. It would appear that the young man had been beaten in the days before and succumbed to his injuries. The homeless regularly use this spot to sleep and this fact is well known to everyone moving in that area. The young man, Dirkie Arnold, was found under his blankets by his friends. When he did not wake up, they checked on him and found that he was no longer alive.

His body was found against the wall where he slept. His face was swollen and black and blue from a beating and his arm also showed the same signs, evidence of that brutal beating. At that point in time the only comment given by the police was that they would know more after the autopsy report was released.

The whole incident started off as a mystery, but as soon as the Bulletin started to investigate, the plot thickened. On scene the Bulletin spoke to his friends and family. It was evident that this was foul play. Certain community forums’ names kept popping up by eyewitnesses and those witnesses stated that that was not the first time that that had happened. They also claimed that it happened on a regular basis.

These eyewitnesses told the Bulletin that these community forums, on a regular basis, patrol the area where they sleep, beat them and swear at them. The witnesses all said the same thing and explained what happened as follows: “We have a problem here. We have a problem here because of those CPF sometimes they used to come here and treat us badly, sometimes they are calling us skelms, sometimes they are calling us k… what do want here in the street? When we try to explain to them they say we do not have any rights and beat us. It is not just the CPF but AfriForum, Huntrex and also that makoti from the police too. When we ask them why they beat this guy like this they say “jy k… you like to speak too much. He’s around k..s that’s why we are busy beating him. What you want to do? He run away and then they f… up my friend with the donkie p!$l.”

The Bulletin spoke to a number of people and it is quite clear that those involved are unwilling to comment for fear of implicating themselves. In no uncertain terms did the eyewitnesses say that if their identities were made known they would be next.

Afriforum said the following in a statement: Afriforum is aware of the allegations of assault in the area where community members are involved. Afriforum condemns these types of incidents in the strongest terms and should this be found to be true, Afriforum believes that the law should take its course to ensure that no one is above the law. (Translated from Afrikaans statement)

The following statement was received from the CPF Chairman, Bjon Wright:

“As CPF Chairman I hereby just want to express my condolences to the family of the deceased Dirk Arnold.

This is an unforeseen incident that does not form part of the CPF code of conduct.

An inquest was opened with SAPS in connection with the deceased Dirk Arnold and we are still awaiting feedback from the post-mortem report to determine the cause of death.

In connection with the allegations of the assault, it forms part of the current investigation and it is clear that the individuals that were involved acted on their own as this does not form part of the CPF actions.

As head of the CPF I will assist the SAPS with all enquiries personally and will personally supply a statement and will testify in a court of LAW against the vigilantes that operated outside the CPF code of conduct and this is not the way that the CPF operates as the CPF is only there as the eyes and the ears to the SAPS.

More feedback will be supplied as soon as the post-mortem report is available.”

Colonel Mbhebe from provincial SAPS said the following to the Bulletin: “On Saturday morning an inquest docket was opened after a body of a 25-year-old male was found next to Lewis Store.

It is alleged that the previous night, Friday, his friends living with him on the streets brought him to the police station, using a trolley as he could not walk, requesting for assistance to call for an ambulance due to the difficulties he had in breathing. An ambulance was called and he was taken to Evander Hospital.

It is alleged that later he came out of hospital and asked the family member who was at the hospital to take him back.

He was taken back to Secunda old mall where he was sleeping.

With regard to allegations of assault, no assault case has been reported to Secunda SAPS. An inquest docket has been opened so the post-mortem will reveal the cause of death. The investigation is continuing.”

The Bulletin conducted further investigations into this matter and it surfaced that at least three people are implicated. The names of these individuals are known to the Bulletin and will be made available to the investigating officer as soon as possible.

It is also clear to the Bulletin that vigilantism has infiltrated certain groups in our area and The Bulletin will work tirelessly with those groups to eradicate and expose this unacceptable behaviour.

Social media, in typical fashion, exploded with allegations, accusations and theories as to who the culprits may or may not be. The Bulletin would like to warn people not to speculate regarding the possible perpetrators, but rather to hand the information to the investigating officers. – Ané Prinsloo and Encee van Huyssteen. 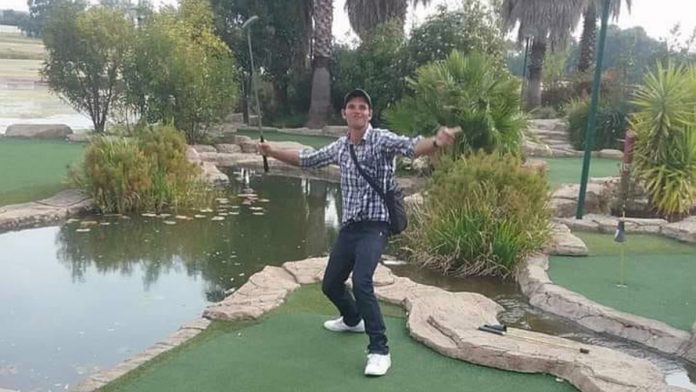