A Few members braved the cold to join the meeting.

Kevin Oliver, Chairman of unit Brandwacht, welcomed everybody to the meeting and opened as usual with scripture and prayer.

Kevin spoke about their projects, especially the support to Laerskool Trichardt and Janelle huis. He also asked for ideas on a new future project that the unit could tackle.

The ladies group made 350 cloth masks that were donated to Laerskool Trichardt, Janelle Huis and Laerskool Kruinpark.

Henry Buys, Chairman of (SADFA) Cosmos Sector 2, reported on the name change from Sector 1 to Sector 2.

The annual 2,4 was also discussed. The 2,4 normally takes place on September 24 and info will be given closer to the event as it is not clear what the lockdown situation would be.

Gerhard Claasen received his official appointment as the Sector Sergeant-major, this was handed to him by Henry Buys.

Henry also mentioned that a new unit is now operational in Middelburg.

Kruik Cafe made a tasty breakfast as usual and all the members could relax for a while before ending the meeting. 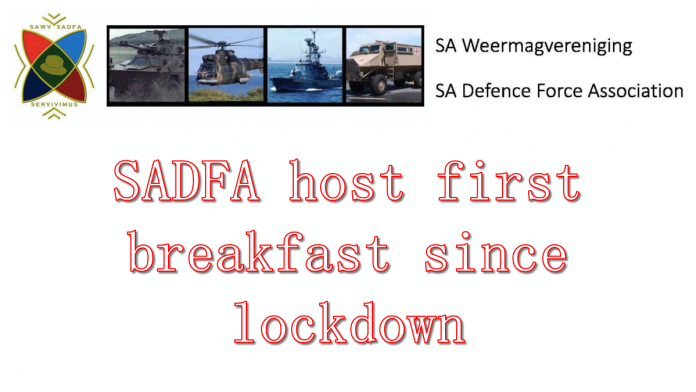