A different side of Mrs Marietha Cole, principal of Laerskool Secunda

Marietha Cole, head of Laerskool Secunda, landed in Secunda when her husband, who was stationed in the army in Oudtshoorn, got a job at Laerskool Goedehoop in 1980. She played netball until she was 40, refereed until age 57 years and still plays social tennis when she has the time. It goes to show that age doesn’t define you.

When asked if one of her children followed in her footsteps, she answered that one of her daughters did a postgraduate in education and loves her teaching job. I made the mistake of asking her which schools she worked at during her career, and lost count and names at about number 4. What a repertoire.

Mrs. Cole describes herself as a perfectionist and someone who thrives on structure. Loyalty is also one of the things that makes her very angry if absent – give her loyalty and you will go far. She recalls one of her most embarrassing moments in her younger years, hanging onto the air ventilation window frame on the top of the door on the outside of the classroom, trying to persuade the children to finish their work and then, when turning around, stared at the faces of shocked and/or amused parents!

“Another funny moment I can recall involved a very innocent boy, when I started at Laerskool Secunda and all the kids formed a guard of honour for me.” The boy innocently whispered: “How can a woman be a ‘Meneer Hoof’?” To him, it was obviously a new experience. “When another Grade 1 boy recently heard I was retiring he asked his mommy and myself if I cannot be cloned.” The knowledge of a seven-year-old!

On Covid she said – agreeing with me – that it takes away your personality – you only have the eyes and body language to read a child’s demeanour.

“On the first day that the kids returned to school after the lockdown,” said Marietha, “I could sense that the children seemed completely lost.” Together with her team they managed to turn the situation around, even using things like telling kids that they could wear any mask they want. “I don’t have much contact with the children anymore, but any contact with them is by far the best part of my work,” said Marietha.

“Are there always ‘naughty’ and ‘nice’ kids in class?”, I asked? Marietha smiles and nods. “And it usually stays the same throughout their school years!”

“Did you ever have a problem child who turned out successful?”,  I asked Marietha. “Yes,” Marietha replied. “One of these children became deputy head boy in high school”. Children change, never lose hope! Work hard, be yourself, be honest and loyal, you will be pleasantly surprised by what you can become.

“What was the weirdest thing a child has brought to school?”, I asked. Mrs. Cole started her story with one of the teachers of Hoërskool Oosterland panting as she entered her office, saying something huge was wrong. It was exam time, and the kids weren’t allowed to have any type of pencil case on their tables. The one boy was VERY apprehensive to remove his pencil case and after a small altercation the teacher managed to get the pencil case open…it was crawling with small baby snakes! I don’t know the history afterwards, but I can just imagine!

I asked about the sports in the school and was surprised. They have swimming and bowls which are wonderful additions to your everyday school sports!

“Did you ever hit a kid at school – while it was still legal?” “Yes, and the weapon of choice was called ‘Ben Brand’. Although I am against physical school discipline, I feel it’s the parents’ work at home to discipline their kids – not the teachers’.”

When asked what in life she regrets the most, her answer was that she didn’t start earlier with her netball referee course. Also, that while studying, she regrets not pursuing vocal skills and reverberation. “If I could get a qualification with the snap of a finger, I would like a doctorate in Afrikaans,” replied Mrs. Cole. “I would love to have been able to teach tourism – which is only available in high school – to take the children to different worlds through my visual approach in teaching any subject.”

If she could add school subjects to the school syllabus in high school, she would add sport sciences and more intense art and drama as choice subjects. “The primary school is just a vehicle to prepare the kids to make career choices,” Mrs. Cole replied.

She thinks about her life when I asked her what she would change about it. Her eyes gaze at the ceiling as she sifts through the possibilities. “Sing,” she answers, she wishes she could sing (and by this, I mean sing beautifully – we all can sing…..).

I asked her what her most valuable item in her office is, my eyes gazing from object to object, seeing if I can find something of value or which might have deep meaning, awaiting her answer. The answer……..? The heater under the desk (which I couldn’t see). I immediately got it. It’s the best…

On being asked what the most useless thing she bought on the internet was, she answered that it was a cotton candy machine, to entertain and treat her grandchildren. “It was useless, sending a few sweet-tasting clouds into the air with very little landing on the stick.”

“What would you do if R 100,000 fell in your lap now?” It didn’t take her long to answer that she would buy a Persian carpet (there is one on her office floor and as I left after the interview, I noticed her mouse pad is a miniature Persian carpet). “I would also buy furniture and decorations,” as she sees her retirement as a new beginning in her life and wants to materialise it this way.

“What according to you is the biggest evil in children’s lives these days?” Without hesitating, she replied that it is social media and games, BUT, during Covid cellphones were their saviour academically.

“Teens or toddlers?” “Teens,” Mrs. Cole replied, “I get along great with them.” It doesn’t mean she dislikes toddlers and little children, but to see them grow, physically and emotionally is out of this world.

On asking if she could have a second job, what it would be, her answer surprised me: real estate. Buying and beautifying houses before putting them on the market. The chameleon in this woman doesn’t disappoint me.

I asked Mrs Cole what her biggest fear was, “heights,” she replied. “That is until I did the Big Swing in Graskop which made me look at heights and the fear thereof differently.” The same with snakes – after giving a demonstration with a snake in class, her fear of snakes diminished.

“What goal in life would you still want to achieve?” “I want to write a book on education, providing a roadmap to teachers and pupils,” was her answer. She would love to do gardening as well.

What is one life lesson you would share with parents regarding their children? “Please don’t feel ashamed to take your child for therapy. You are hurting your child more by not taking them. It’s not a shame or a sign of weakness.”

On my question if she would have any regrets if she passed on tonight, after a few seconds of deep searching, she said: “Nothing. I had a full, satisfying life. The only possible regret might be not seeing my grandchildren growing up and how their lives form.”

Her motto in life? A quick answer followed: “Be the best YOU can be!” 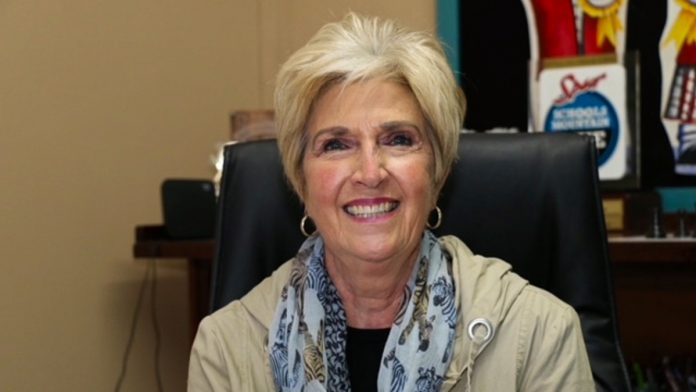