The following is a press release from the SAPS

The police in Mpumalanga arrested two men, 34 and 38, yesterday at Lydenburg for possession of dagga worth about R180 000, in street value.

According to the report, police received information about people who were involved in drug trafficking between Nelspruit and Lydenburg. They followed up on the information and noticed a suspicious white Toyota Quantum with two occupants. Upon stopping the taxi, police conducted a thorough search and found six bags of dagga stashed inside.

The two suspects were immediately arrested and a preliminary investigation revealed that the men were transporting the dagga from Nelspruit to Lydenburg before they were intercepted.

The Provincial Commissioner of the South African Police Service in Mpumalanga, Lieutenant General Mondli Zuma has applauded members of the public for supplying information to the police which resulted in the arrest of the two. The General also thanked police for their quick reaction and resilience as well as total commitment in rooting out crime in the province. General Zuma further sent out a strong warning to those who think they can take chances and perpetuate crime, that police together with all Law Enforcement Agencies are working around the clock to eliminate and prevent all criminal activities. He further urged community members to continue working with the police.

Meanwhile the duo is expected to appear at the Mashishing Magistrate’s Court on Wednesday, 15 April, facing charges of possession of dagga.

The public can provide information by calling 10111 or send SMS’s to 32211. Members of the community can also anonymously call 08600 10111. Alternatively, information can be shared with police via MYSAPSAPP and their information will be treated with strictest of confidence.

Previous articleSo is die lewe: Kiem
Next articleEducation and the lockdown 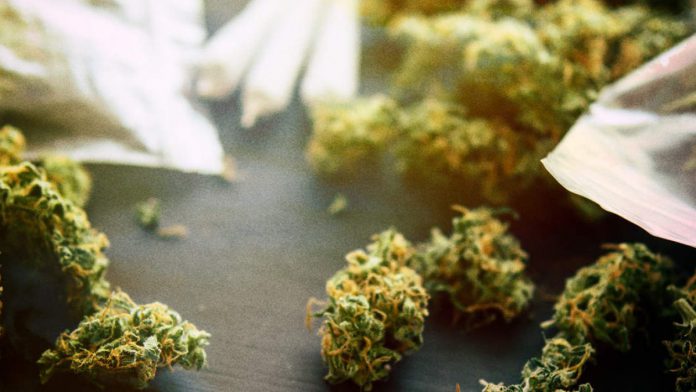