Young, tall, energetic and definitely beautiful are some of the words to describe Lizani Visser, Top Model Body of the year winner 2020. This beautiful young mother contributes her success to hard work and determination.

Lizani spoke to The Bulletin about her path to winning the coveted title of Top Model, Body of the year.

Lizani posted some of her photographs on Facebook. She was very sceptical when she received a phone call from someone claiming to be a scout for the Top Model competition. “There are a lot of people out there that will try and mislead you,” said Lizani “I have received some funny requests from people claiming to be scouts!”

She did the right thing and researched the so-called scout. Lizani found the scouts name on the Top Model website and wrote to them confirming the scout’s participation. Only then was she satisfied that this was really a scout for Top Model.

She entered the competition as a wild card in the beginning of this year, even though the competition already started in 2019. The road was not plain sailing though, there were workshops to attend in Pretoria. “I am very lucky to have a husband that fully supported my journey,” Lizani said to The Bulletin. “He would stand in with my duties as a mother when I couldn’t.” They have a lovely daughter of four years.

The entrants had to assemble in Pretoria at Menlyn Maine, Time Square Sun Arena, a few days before the competition. This was the most gruelling part. The whole show had to be rehearsed and memorised in about two days.

The Big day finally arrived. It started early on Thursday morning (27 February) with makeup and hair to be done. “The day went past so quickly.”

“I was very nervous when the show actually started,” said Lizani. “We couldn’t make any mistakes!”

When the winner for the category “Body of the Year” was called, Lizani couldn’t believe her ears. She believed that was a mistake at first but then reality sunk in.

She was the “Top Model, Body of the Year,” winner. There were no runners up, only a winner and that was our very own, Lizani Visser.

The Bulletin would also like to express our congratulations to Lizani. The Year of Reign will now start and it is unfamiliar territory for Lizani but she is confident that she will be able to cope.

Lizani’s advice to young girls? “Believe in yourself, accept your flaws and live healthily.”

Advice on Facebook? “Remember that your Facebook will paint a picture for scouts. It is also a reflection of your life to other people.”

But most of all: Go for it! 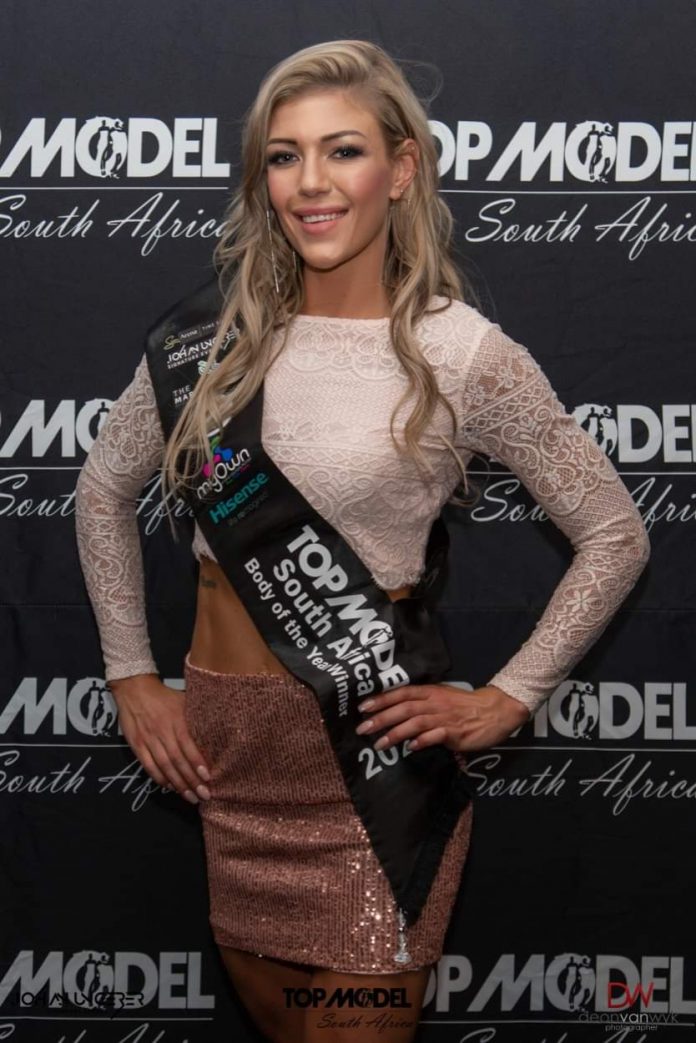