At the Appreciation of Life Handover Ceremony, Children Headed Households were blessed with food parcels donated by Mishael Mashele

“The greatness of a community is most accurately measured by the compassionate actions of its members.” – Coretta Scot King. These words resonated with our donor Mishael Mashele to such an extent that he set upon an initiative to alleviate, albeit, for a short period, the burdens that befell child-headed households.

On the 22nd of August 2021, Mishael Mashele, a community leader and social activist hailing from within the streets of eMbalenhle, took it upon himself to donate food hampers to children in Children Headed Households at an event named The Appreciation of Life Handover Ceremony.

With the assistance of Elda Mahlangu from the Department of Social Services, 11 families were identified from across the length and breadth of eMbalenhle. The beneficiaries and guests were treated to a musical item by a local musical group and enjoyed complimentary quad-bike rides courtesy of S-Quads.

“The event was dubbed Appreciation of life because even though you have found yourselves in this unfortunate circumstance, the lord almighty has still granted you the gift of life. We are all given 24 hours in a day, a “present” from God, that is why today is called present, and within that, there are possibilities, opportunities and prosperity offered to whoever is brave enough to seek it, the onus is on you to keep fighting until your dreams manifest into your reality” said Mishael as he gave words of encouragement to the beneficiaries.

He further went on to say “Recently I faced extreme challenges and fortuitously I had my parents to run to and get advice. The revelation that some kids are not as fortunate spurred me to convey this message; not all things need financial aid, some challenges of life just need pearls of wisdom from an elder in society. There are great neighbours, pastors and community leaders that are excellent sources of guidance and wisdom you can run to for advice. Do not be afraid to ask from leaders as some situations could have been avoided had you reached out and sought sound council.” Mishael concluded.

Ntokozo Nzima of Ignite Academic Solutions shared his words of motivation by emphasising that the kids should not dwell too much on what they are deprived of and should rather focus on their strengths to help them tackle their future. Chief Patrick Mashele gave the vote of thanks to members of the community who take it upon themselves by working towards the improvement of the quality of life of their fellow neighbours.

When The Bulletin researched Child Headed Households we could not find any current research from South Africa. Child Headed Households is, however, a real problem and the struggles are very real. Children are forced to fend for themselves for various reasons that include abandonment, death and neglect and several others as well. Some research can be read HERE. It is dated 2010

The struggles are far worse than what adults would face as these children often don’t have the resources that adults have.

In 2015, Stats SA’s General Household Survey showed that there are about 90 000 children in 50 000 child-headed households. While this figure is not large in relation to the total number of children in the country, this is still a cause for concern. Child-headed households are at risk of having to cope without parental care or regular income and are located in areas where services are poor. In addition, this vulnerable group has to deal with emotional strain and is more likely to be abused and exploited. (Posted on the Parliamentary Monitoring Group)

If you would like to make a difference in these households you can contact us at The Bulletin and we will gladly assist. Our email address is: encee@thebulletin.co.za 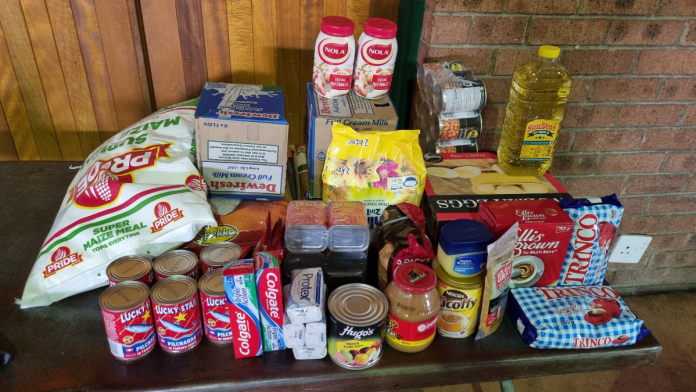