Brutal fight over land by 2 NPOs
B

Two non-profit organisations from eMbalenhle are fighting over land for almost 1 year. Community members have intervened by preventing either one of them to occupy the land awarded to both of the NPOs by Govan Mbeki Municipality for infrastructural development.

The land has been neglected for almost a decade and has become a hot spot for illegal activities happening.

In the past few years remains of foeti were discovered by children who were playing on the land. Since then the land has been neglected with no one taking responsibility for it.

Inkosinami Centre has all the papers signed by municipality officials showing them as legal owners of the land but has since been denied entry by the other NPO, Nkosinathi Da Poet who claims to have legal documents to also occupy the same land.

Nkosinathi Da Poet failed to produce documents supporting their claims when The Bulletin requested these documents.

The ward councillor could not be reached after several attempts to comment nor the municipality spokesperson.

There have been fights between the two NPOs which resulted in minor injuries. No cases were opened at SAPS.

The community from extension 14 chased one NPO away and said that the owners cannot occupy the land as they stay in another location.

Members from the community said that they do not want either of the organisations to use the land but the community did not give apparent reasons why.

The land continues to be a spot for drugs abuse.

Advertisements
Previous articleJustice taken into their own hands in Extension 15, eMbalenhle
Next articlePOLICE INVESTIGATE MURDER IN BETHAL 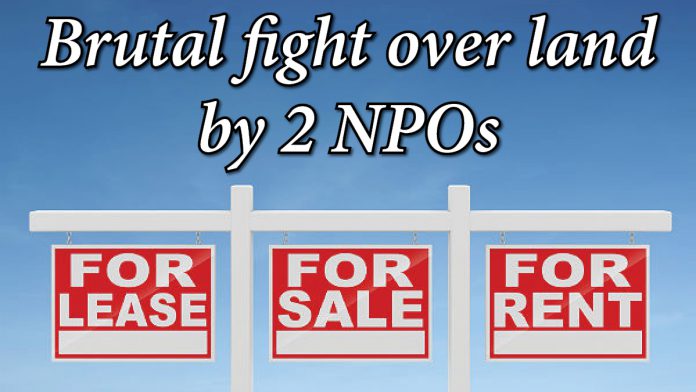 Brutal fight over land by 2 NPOs