ColumnistAlone, deserted and forgotten as they grow old.
Columnist

Alone, deserted and forgotten as they grow old.
A

It was cold and windy when we met at the funeral parlour in Bethal to say our final goodbyes to Oom Piet.

Hannelie, Elmarie, Danile and I stood outside in the street, talking about him and what he meant to us in his special way. We waited a while, but it soon became clear that it was only going to be us attending his funeral.

Hennie Rademeyer and his crew lead the procession of two cars to the Bethal cemetery, with people giving us right of way.

The gravesite was expertly prepared with a few chairs under the shade net and bottles of water should we need some. It dawned on me that there will be no one to carry the coffin to Oom Piet’s last resting place. He was deserted even on his last voyage.

Hannelie and I joined Hennie and his team and carried Oom Piet. We carefully placed him on the lowering device before Hennie said a prayer. Hannelie placed a bottle of Coca Cola and a small box of GrandPa’s on his coffin before it slowly started to desend into the grave.

We all became emotional as the coffin slowly descended into the grave. I started to think about the sadness of Oom Piet’s funeral. Strangers donated towards the cost of the burial and strangers attended his funeral.

But Oom Piet’s Funeral was a dignified grand affair. For those that knew him, know that that was what he would have said.

But all of this brings me to the issue that I would like to discuss.

How many elderly people are just neglected? I know that Oom Piet’s family did not have the money to pay for the funeral. I also, unfortunately, knew about his circumstances. Sometimes he would be depressed, and he would phone some of us, mostly Hannelie, and then he would face his woes again.

During my tenure as an elder in my church, I had the opportunity to represent the church at our Synod. We would sometimes visit places of interest during this time, and I chose to visit the Parktown Old Age Home in JHB.

This visit will always be with me for as long as I live. I remember how the staff would have to be patient with the elderly as some had Alzheimer’s or Dementia, others just longed to see their family again.

Just to see their family again!

Some of the elderlies were just dumped as if they are no longer useful to society. I was told that sometimes the children would bring their parents to look at the place and if they did not want to stay, they would tell them to wait there, they are going to go shopping (or something similar) and would fetch them again soon. They never return.

My Grandmother moved to the old age home in Springs. On one of my very regular visits, I asked her why were all the chairs facing the large windows and not facing each other? She replied that is where the people would sit to see who is coming to visit. “I will never sit there,” she told me. Later she told me that she also sits there to wait for someone to visit.

I was told that in Bethal a lady was put in the old age home and all her belongings sold before the son moved overseas.

We all want to belong somewhere; we want to be loved. Some are not so lucky. I wonder how many elderly die of broken hearts. Is this not something that might face us all?

We are all going to grow old. There is an old saying “the wheel turns.” Is this what we want for ourselves? I know the answer is NO! So why would we do it to our parents?

LR Tibbit quoted an American author in the South African Medical Journal, Volume 64 Dated 13 August 1983. The quote is as follows:

Aged persons in our Society are neglected and rejected and discriminated against. They are discarded by selfish, callous families and are relegated to loneliness and discomfort which affects their mental and emotional well-being. When they become ill, they are quickly dumped into state hospitals, nursing homes or old-age homes where many of them die from the shock of transfer or from humiliation. Large numbers of them are forced to remain in institutions simply because they have no place to go, and this is largely because their place in the community has been permitted to close in behind them. The children of this generation lack estimable characters and virtue – they make one wonder how it is that while one parent can take care of four children, four children can’t take care of one parent.

This was written in the 1960s. It is clear that the problem is an old one. But it does not have to continue!

As I looked back at Oom Piet’s grave I could see that the back actor started to fill the grave. I cannot help to think that this is the last that we will ever hear about Oom Piet. How many other people just seem to vanish, to leave no trace?

Oom Piet was known by many but loved by few. Deserted by the company he worked for when he fell into a pit on the N17. Deserted by friends and family as financial pressure mounted.

I would like to thank everyone that contributed to Oom Piet’s funeral for their unselfish contributions.

More on the loneliness of the elderly

Claire Samuels wrote an article that was published on January 7, 2021 that was titled: “Facts About Senior Isolation and the Effects of Loneliness That Will Stun You.” I am going to place the full article as written below.

You can also read it HERE

Nearly one-third of all seniors live by themselves, according to the U.S. Census Bureau. That’s close to 13.8 million seniors aging alone. Senior isolation is both common and dangerous — and while living alone doesn’t inevitably lead to senior loneliness, the two often go hand in hand.

Since March 2020, the Centers for Disease Control and Prevention has urged older adults — a group at highest risk for severe illness with COVID-19 — to stay home with few, if any, visitors.

These restrictions have helped to protect seniors throughout the pandemic, but also limited interaction with friends and family, leading to a stark increase in reported isolation. In fact, 56% of older adults said they felt isolated in June 2020, according to a University of Michigan poll on healthy aging. That’s more than double the number of seniors who reported feeling isolated in 2018’s healthy aging poll. This isolation can lead to depression, weight loss, cognitive decline, and other medical complications, research suggests.

Learn the major mental and physical effects of loneliness, and how senior isolation has been complicated by the coronavirus pandemic. Get tips on how to connect with and support seniors who are lonely or living alone.

The health dangers of senior isolation and loneliness

Loneliness can be as deadly as smoking or obesity, according to a Brigham Young University study. Senior isolation may complicate existing conditions, encourage an unhealthy lifestyle, and affect cognition.

Social isolation has been a “core concern” during the coronavirus pandemic, according to a University of Washington study of social services and health care organizations across the state. Organization leaders expect the effects of isolation in 2020 to persist well after restrictions have been lifted, according to the study, leading to “exacerbated problems of dementia, depression, suicide risk, and disrupted care.”

Family caregivers agree social distancing and the stress of the pandemic have affected their aging loved ones. Sixty-two percent of adult children caring for their parents or elderly relatives say their loved one has suffered physically or mentally from isolation during the pandemic, according to a December 2020 survey from A Place for Mom. Some groups particularly affected by pandemic isolation include:

Before the pandemic, many seniors living alone maintained active social lives, regularly visiting community centers and friends. Additionally, routine interactions like checking out at the grocery store or chatting with the mail carrier offered much-needed socialization. Now more than ever, it’s vital for friends, family members, and acquaintances to reach out to seniors. Even 15 minutes of interaction a day — in person or virtual — can mitigate the effects of loneliness on seniors, according to the Administration on Aging (AoA).

Reaching out makes a difference. Social distancing from the coronavirus has made senior isolation more prevalent, but it’s also demonstrated how well we can communicate from afar. If you have aging relatives, call them, and encourage your family to do the same. If you run out of conversation topics, try asking these 20 questions seniors never get tired of hearing.

Volunteering decreases loneliness. The more volunteer associations to which a senior belongs, the lower their collective loneliness, according to the Administration on Community Living. Volunteering gives seniors a sense of purpose, and it allows them to engage in personal interests. The good news is that volunteering is possible even without social contact: Intergenerational programs allow seniors to help young children with reading over the phone or via pen pal letters, for example.

Technology solutions address loneliness. From Zoom video chats to innovative products designed especially for seniors, technology can bridge gaps between socially distant friends and family. Look into easy-to-use phones and tablets that offer additional features, such as brain games and digital assistants like Alexa and Siri. However, too much screen time can lead to fatigue and eye strain, so consider alternating between technology and good, old-fashioned phone calls. Other ways friends and families can use technology to connect include:

Exercise feels good physically and emotionally. Brisk movement helps ward off anxiety and depression in addition to offering physical health benefits. If you live in a neighborhood with socially isolated seniors, suggest taking a short walk together or spending time outside. During this time of social distancing, remember to wear a mask and stay 6 feet apart.

Learning and exploring reduces cognitive decline. There are hundreds of online resources for seniors who want to learn from home. From video livestreams of zoos and museums to open online courses, there are mentally stimulating resources available to fit every senior’s interests.

Senior living prevents loneliness in seniors. Older adults are less likely to feel lonely when they have the opportunity to spend time with friends and peers. A senior living community counters many of the reasons for social isolation described above: Without having to worry about transportation, entertainment, or family dynamics, seniors have more time to live a life they enjoy.

Even when social distancing restrictions lift, many seniors will struggle with isolation. As far back as the 1950s, psychiatrist Frieda Fromm-Reichman raised awareness about the dangers loneliness, which she defined as the difference between someone’s “preferred and actual social relations.” For some, that gap has widened during COVID-19 — for others, it’s been caused by situations that will persist once the pandemic subsides.

Claire Samuels is a content writer at A Place for Mom. She worked with senior living communities throughout the Midwest before pivoting to writing. She’s passionate about sharing ways of living well at any age. 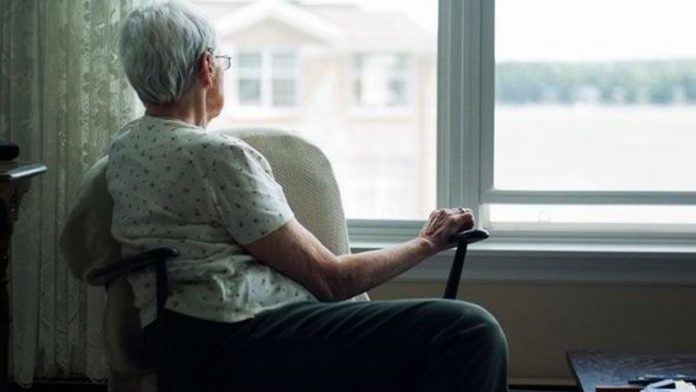 Alone, deserted and forgotten as they grow old.

SIX SUSPECTS TO APPEAR IN COURT FOR POSSESSION OF GOLD-BEARING SOIL AS WELL AS CONTRAVENTION OF THE IMMIGRATION ACT Nelspruit...

AN INTELLIGENCE-DRIVEN OPERATION LED TO THE ARREST OF ALLEGED FRAUDSTER NELSPRUIT - The Provincial Commissioner of the South African Police...