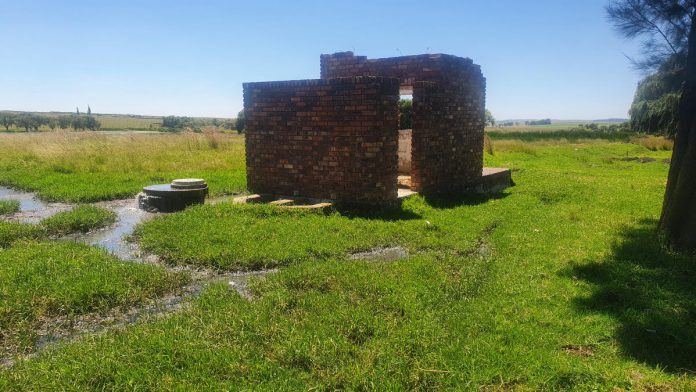 Sewer problems plague GMM and threaten health in the region

There is not one town in GMM that does not contribute to the contamination of our water systems.

Govan Mbeki Municipality has been plagued with Sewer spillages for a very long time. The problem would pop up on the local media from time to time and sometimes even make it to national media.

GMM has seen protest after protest regarding service delivery.

The Bulletin decided to investigate the situation and was appalled with what we saw.

There is not one stream or river in GMM that is not polluted. Raw sewerage flows into all our streams and rivers, this, in turn, flows into our dams that supply our drinking water.

The Bulletin spoke to several opposition party councillors regarding the non-delivery of services in GMM. It was clear that they agreed that something drastic should be done.

The sewerage issues are constantly raised in council but never attended to in a serious manner.

Democratic Alliance Caucus leader in GMM, Cllr Ciska Jordaan, spoke to The Bulletin regarding the sewer problems in GMM.

“The dismal state of sewer infrastructure in the Govan Mbeki Municipality has been the cause of raw sewerage flooding the streets of several towns in this municipality for years on end, to the point where residents have undignifiedly become so accustomed to it that they sometimes do not even bother reporting it anymore,” Ciska said

ALSO READ: How Does Sewage Affect the Environment?

She also explained that questions submitted in the past by the DA to the Executive Mayor, Thandi Ngxonono, on the matter have been responded to with futile turnaround strategies and indications of projects on the Integrated Development Plan. Research done by the DA indicated that many of these projects have been in the IDP for up to 15 years, are budgeted for annually, yet never completed.

Several members of the provincial legislator have tried to move the ANC led council into action but to no avail. Former caucus leader of the DA in the Mpumalanga legislature, James Masango made a case early in 2019 against the municipality at the South African Human Rights Commission (SAHRC) regarding the horrid conditions that many residents are exposed to daily. Even though the ANC-led council had taken note with concern in July 2019 of the complaint that had been laid by the SAHRC, to date one has not yet seen any change.

The Bulletin will try and bring you the report from the SAHRC.

It appears that despite reports from the DA, the Health Inspectors of the GSDM, submissions to the IDP and budget from communities and investigations of the SAHRC; the heart of the problem lies with the mismanagement of funds allocated towards projects and unwillingness of the municipality to act drastically in the interest of the health of its residents.

“A chance to vote for change will emerge in 2021, we urge residents to make use of the opportunity and vote for a political party with a proven track record in good governance who cares for the health and safety of the people it serves – to vote DA.” Said Ciska

DA Councillor, Mariaan Chamberlain, must face the wrath of several residents daily as tempers flare when sewerage flows into a garden etc, as she is representing the Democratic Alliance on the technical portfolios.

The Bulletin also spoke to Mariaan about the sewerage.

“Untreated sewage ends up in our waterways.” Says Mariaan, “In most of the cases the treatment plants cannot handle the accumulating wastewater, and untreated sewer gets redirected into our waterways, rivers, lakes and eventually in our oceans too. Most of the towns we visited, from Lebohang in the West to Bethal in the East, the infrastructure of GMM is either non-existent or non-compliable. Pump stations were built for R28m +, but raw sewerage is still being redirected into our waterways, due to broken pipes or no pipes at all. It is a major environmental disaster taking place. From the Blesbok Spruit in Bethal feeding the Vaal river to the sewerage from Lebogang, feeding the Olifants river.”

Mariaan also stated that the DA opened a case at the SAHRC against the municipality for human rights contraventions.

The last report noted in a council meeting on 29 July 2019, details were given of severe spillages.

“The ANC led council took note with concern. It is close to a year later, that we found on an oversight visit on sanitation, that nothing has been done after the release of the report a year ago.” Mariaan concluded

The sewerage problem needs to be addressed as soon as possible as it is contaminating the water.

The Bulletin found that in Evander there is even a pipe, that is neatly installed underground, from a pump station that ends in a small stream. Sewerage is often dumped into the stream through this pipe.

Secunda has blocked drains that are overflowing unattended into the dams in town.

There is not one town in GMM that does not contribute to the contamination of our water systems.

In most areas visited by The Bulletin, a pungent sewerage smell was present. The continual sewer problems can only lead to health problems for all residents of Govan Mbeki Municipality.

The pump stations around GMM are also not in good order with many not even functional.

Sewer problems plague GMM and threaten health in the region