Sasol rugby club beat their opponents in a game that showed the long break due to Covid. The game was marred by numerous unforced errors by both sides, although Sasol dominated the entire game.

The biggest problem plaguing the home team was fitness. It was clear that fitness needs to be worked on drastically and especially in the front eight. Too many errors were made when the heavier players decided to stand in the backline. This caused errors and broke the flow of the game. The flyhalf had to navigate around the group of props and locks to feed his backline on more than one occasion. This caused the team to play backwards before it moved forward. It also allowed the players from Witbank to move up and trap Sasol behind the advantage line. The home players then had to work hard to progress over the advantage line.

The backline showed a lot of promise when they played basic rugby and “let the ball do the work.” There were several brilliant breaks and runs that showed why they have been crowned Mpumalanga champions a few years in a row. Unfortunately, their tackling was rusty and this resulted in Witbank breaking through far too often.

The entire team can work on their commitment to tackling opposing players. At one stage there were three players watching their teammate trying to stop a Witbank player from moving forward, holding for dear life on his jersey.

The tries scored by Sasol were all brilliant tries that showcased Sasol talent. It also showed that if you let the ball “fly” it will prove successful.

The scrums did not seem to have any serious problems but the entire front eight should work on their fitness. Locks and props should be at all scrums and rucks when they happen, not when the ball is out and down the line.

The one area that is very worrying is the lineouts. The lineouts improved as the game progressed, but one cannot wait until the second half to start winning one’s own balls. The throw-ins should be on target and the jumpers should ensure that they catch the balls. What is very pleasing though is that as the lineouts improved so did the Sasol dominance in that area. It was not overwhelming, but the home team started to win a few balls that put Witbank on the retreat. Sometimes the good work would be undone by poor handling, and it should be improved, but the rucks around the lineouts showed promise.

The best way to describe the skills level of both teams would be to say that it showed the brake due to Covid.

The team from Sasol showed at times that the team that dominated the Mpumalanga rugby scene is still there, but it needs a lot of polishing. Fortunately, the home team have shown in the past that they can improve and put bad games behind them.

Sasol Rigby has shown in the past that they play with passion. It is this comradery that drew people back to their games and filled the stands.

It is with passion in mind that Sasol Rugby will be closely watched over the next few games. No doubt they will take this game, and win, to build on their future games.

The Bulletin will be there to watch and report.

Steven Jacob succeeded with one conversion.

Unfortunately the 3rd and 2nd teams did not win their games. The 3rd team lost 3-10 and the second team lost 17-29 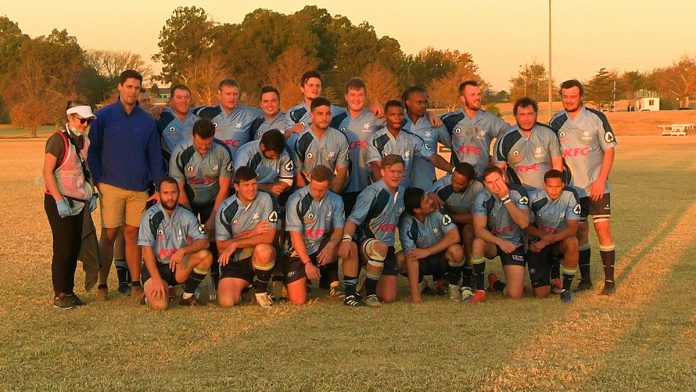