“Corruption, like crime sets the country back and diminishes the resources that are meant for development to the pockets of those involved.”

“It further tarnishes the image of government in general and law enforcement in particular. That is why we must all fight corruption and help bring to book those who are corrupt so that they answer for their misdemeanours.”

This is according to Mpumalanga MEC for Community Safety, Security and Liaison, Vusi Shongwe who was responding to the arrest of suspects who include senior members of the National Prosecuting Authority (NPA) and the Head for Human Settlements in Mpumalanga.

Three suspects are appearing today, 31 March 2021, in the Pretoria Magistrates Court following their arrest on corruption to withdraw a case of fraud and contravention of the Immigration Act.

The allegations are that the Lieutenant Colonel was paid a gratification of R28 000 of R100 000 to assist in getting the case withdrawn against the accused person. The matter was then reported to Serious Corruption Investigation at Head Office and an operation was conducted.

In the process, a senior member of NPA in Mpumalanga also approached the complainant with a similar request of having the case withdrawn against the accused person. The NPA official offered and handed a gratification of R5 000 and an 18 years old bottle of Glenfiddich Scotch whiskey.

He states that with increased cooperation among all the stakeholders particularly in the criminal justice system, the war against crime and corruption will be won.

He also encouraged other law enforcement officers to take a leaf out of the efforts by the HAWKS.

He adds that he continues to advocate for lengthy sentences for those who are guilty of corruption as this will also serve as a deterrent.

He further calls on all public servants to serve with utmost dedication and report any corruption in public institutions.

He adds that security agencies are custodians of government’s efforts to fighting corruption and it was therefore disturbing when some become implicated in such activities.

“Without casting aspersions on the case at hand, we expect the police to remain faithful to the badge or else leave the service. Police management must ensure the few corrupt ones are flushed out of the system,” says the MEC.

He is also calling on communities to play their part by reporting corruption whenever they see or suspect any wrongdoing. 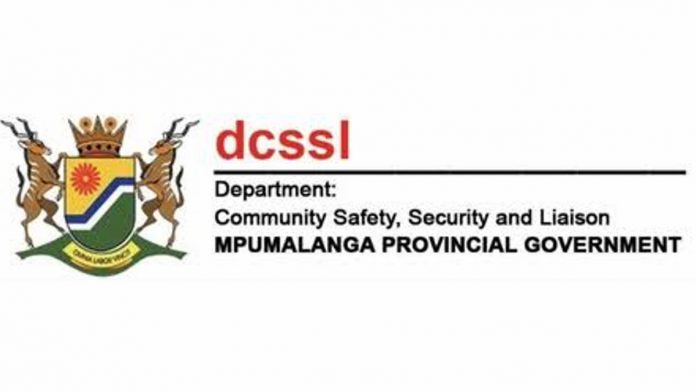 A strange case of missing and found human bones. The...
Read more
Crime