National Government takes over Lekwa Municipality and dissolves the council. Infighting within the ANC led to the neglect of service delivery.

The affairs at Lekwa Municipality continues to showcase the political infighting that has become the norm at the municipality.

Service delivery became the largest victim of the dysfunctional municipality impacting negatively on residents and businesses.

It took a business to obtain a court order before anybody would take action.

Creamer Media’s Engineering News wrote on Thursday 13 May that: “Poultry producer Astral Foods has obtained a High Court order against the government and the National Treasury over the non-delivery of basic water and electricity supply services within the Lekwa (Standerton) municipality.”

“In terms of the Order issued on April 12, the government will be required to intervene in the Lekwa municipality and, together with Treasury, prepare a financial recovery plan, as contemplated in the Municipal Finance Management Act.”

The Bulletin brought news of violent strikes at Lekwa in the past regarding service delivery issues.

Also read: SAMWU in Lekwa to continue with protests until demands are met

“What is so disappointing,” said Cllr Sithi Silosini, DA Constituency Chairperson in Lekwa, “is that we have been asking for this intervention for a very long time but the ANC chose to ignore this.”

“They would rather concentrate on their agendas,” she continued, “ We managed to remove the Mayor and Speaker through a vote of no confidence only to have Provincial COGTA, under MEC Mandla Msibi facilitate a virtual meeting to have the removed Mayor (Linda Dlamini) and Speaker (Makhosazana Khota) re-elected back into the positions.”

Also read: The DA successfully removes the Mayor and Speaker

Cabinet decided at their sitting on Wednesday 12 May to intervene.

Here is an excerpt from the media release after the Cabinet meeting:

5.1. Cabinet received a briefing about a Court Order that instructed National Treasury to intervene in the administration of the Lekwa Local Municipality, Mpumalanga in line with the provisions of Section 139 (7) of the Constitution that provides for the joint intervention by National Treasury and the Department of Cooperative Governance and Traditional Affairs to address the governance and financial system failures of the municipality.

5.2. Cabinet further ratified the dissolution of the Municipal Council of the Lekwa municipality. The Ministers of Finance and Cooperative Governance and Traditional Affairs will in due course announce institutional arrangements that will be implemented to stabilize the municipality and ensure the return to service delivery.

Read the Statement on the Cabinet Meeting of Wednesday, 12 May 2021 HERE

“We received no official correspondence on this matter,” said Sithi, “we have no idea of what the exact terms would be.”

This reluctance to intervene is costing municipalities millions as money are continually spent on overpriced projects.

In Govan Mbeki Municipality several projects are proof of this and here the DA also asked for intervention. An investigation was launched into the affairs of GMM and a report, labelled as the infamous 106 report, was tabled to the council by the MEC.

The Bulletin was told from within the ANC that the MEC was told not to pursue the 106 report further as it is confusing the municipality. This statement could not be verified yet.

A report by the Human Rights Commission indicated that Both GMM and Lekwa were in gross violation of Human Rights and they still are. This report was not acted upon in any satisfactory manner by all three municipalities mentioned.

Sewer is still running unabated into our freshwater systems.

Refuse removal is another headache for residents in both towns. Trucks are inoperable due to breakdowns, shortage of spares and shortage of fuel.

Water supply is intermittent and water shortages continue for days on end.

GMM tabled an unfunded budget to the council. The ANC led council approved the budget despite stiff opposition from both the DA and the EFF.

The ANC majority in GMM tried to remove the Municipal Manager only to lose in court. The court judgement stated that the MM must return to work. It is rumoured that the legal costs are nearly a Million Rand. Against this, the ANC majority again decided to appeal the judgement. The opposition parties, led by the DA, voiced their disapproval only to be outvoted.

“The ANC will not take advice from anybody,” said DA Cllr Mariaan Chamberlain, “They will continue to push their agendas to the detriment of their voters. It is time to change!”

“A DA run municipality will not allow this kind of degradation,” said Mariaan, “Where the DA governs there is no corruption and high levels of service delivery.”

Only time will tell what the fate of GMM will be.

Will the Mayor, Cllr Zuma, be able to turn things around? We will have to wait and see! 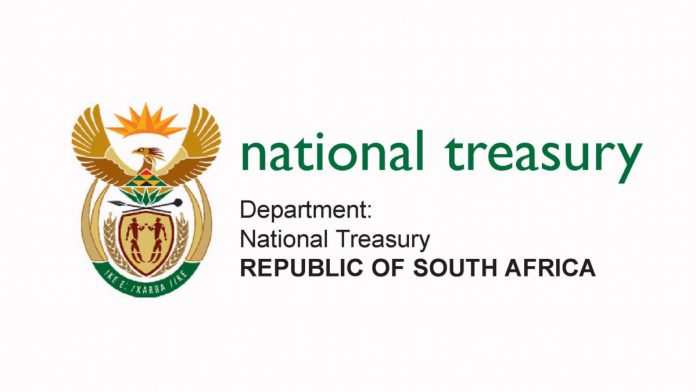