Bethal Protests, promises or action from GMM?
B

Bethal residents took to the streets on Tuesday to show their anger and frustration with the current situation in Bethal.

Roads were blocked and no traffic were allowed through the town.

Tires were burned at the blockages and residents blocked the road with their vehicles.

Everyone demanded that their grievances be addressed.

The following issues were raised by the residents.

The Bulletin spoke to Hilda Pretorius, spokesperson of the Bethal Peacefull Actions group to hear about the history of the problems and the actions that took place. The Bulletin also enquired about the road forward.

Following the meeting on Wednesday Night the Bethal Peaceful Action group reported the following to their group:

“According to the discussion which took place with regards to the NMD, Eskom stopped Govan Mbekhi from exceeding the allocated NMD, which up until March 2020 we had been doing and in doing so Govan Mbkeki would be penalised by being fined.  Now the question is why dont we just increase the NMD, well that is what we asked too.

The short response to this is that Govan Mbhekhi has too pay Eskom a lump sum of R90 million before they will lift the NMD for Bethal and Emzinoni.

Due to financial constraints, it is not possible for Govan Mbeki to do this BUT the good news is, is that the MM has a meeting with Eskom tomorrow morning at 10 o clock.”

The Bulletin does not know what the outcome of the meeting with Eskom was and are awaiting feedback from GMM.

Residents said that if they received a schedule they would at least be able to plan for the load shedding.

As of August, Govan Mbekhi Municipality will be assisted by Gert Sibande Municipality to re-establish a positive connection with Eskom (payment agreements).

GSDM released the following statemnt in this regard on the 12th of August:

Following challenges related to electricity at Bethal and Emzinoni, the Govan Mbeki Municipality (GMM) made a request for assistance from the Gert Sibande District Municipality (GSDM) in this regard and has since appointed the GSDM as an Implementing Agent (IA) for the management of electricity in Bethal/ Emzinoni. On 12 August 2020, the GSDM and GMM concluded a five year Memorandum of Understanding (MOU) in this regard by the signing of the MOU by both the District Acting Municipal Manager Mr. Ephraim Thabethe and Municipal Manager of GMM at the GSDM Office complex.

ALSO READ: GSDM keeps to its commitment in supportive handover to local municipalities

The MOU provides all the activities which the GSDM, as an implementing agent will be responsible for. The priority is to ring-fence the business by appointing a service provider (SP) that would inject seed capital and run the business for a period of five years under the supervision of the GSDM. During the five year period, the service provider will collect revenue, pay the monthly account for Eskom on behalf of the GMM, improve the state of the infrastructure by providing more reliable electricity supply to customers, improve the revenue collection and improve customer service.

GSDM, as an Implementing Agent, will help negotiate repayments of the current Eskom account on behalf of the GMM moving forward but the GMM will still be responsible for its current debt.

Please prepare yourself for this by always having a back up for water.

The Dumping site needs cleaning up and an offer was made to the council that should they need any assistance they are welcome to reach out and ask for help from the community.

The problem with the roads comes back to a financial shortage.

To cap:  We all know that Govan Mbheki is struggling financially. Behind the scenes there has been a lot of work put into motion via different avenues i.e. the legal actions by the Business Forum, The Eskom / Nersa project and pressure on parliament from both the DA and VF and you the community via protest actions.

All of this proves that the residents of Bethal are very capable and can stand together.

With regards to the protest actions – should the need arise for us to go this route again, we would need to do it legally (this will be discussed at such a time).

What we all need to do now is support the Business forum financially so that their goal can be achieved.

Furthermore we need to wait it out and see what is going to transpire in the following couple of days.”

Govan Mbeki Municipality released the following statement on 20 August 2020 after the meeting with Bethal residents.

The GMM Executive Mayor, Municipal Manager, Director for Technical Services and his team of senior officials have met with Bethal residents and business owners today 20 August 2020 at the Council Chambers.

The meeting was chaired by  Mr Ziyad Dangor, Chairperson of the Bethal Business Association.

It should be particularly mentioned that the meeting was conducted in an open and transparent manner despite the fact that there were heated moments which were robust but progressive.

As a matter of fact, the meeting made a plethora of proposals, suggestions and best practices with a view of  finding possible and workable solutions for all the challenges that GMM is currently grappling with.

Importantly, the meeting agreed that going forward, the Municipal Manager will liaise with the team through Ms Hilda Pretorious for updates on all issues discussed and other service delivery related matters.

The meeting noted with appreciation the behind-the-scenes engagements and progress that GMM is involved in which are aimed at ameliorating the service delivery challenges in Bethal in particular and GMM in toto.

But, it was strongly mentioned that GMM must bring its house into order and improve the delivery of services to the public.

To this end, the Municipal Manager will henceforth share the feedback of GMM-ESKOM Engagements regarding the NMD issue with Ms Ms Pretorious in order to keep the public in the loop.

The Executive Mayor welcomed the positive engagements, profusely apologised to the residents/business owners and appealed for collective wisdom in dealing with the challenges.

The meeting agreed that such-like further engagements will be pursued in order to ensure that the challenges are addressed and monitoring implemented.

NB: Further Updates on these issues will be shared with all and sundry as and when they are made available 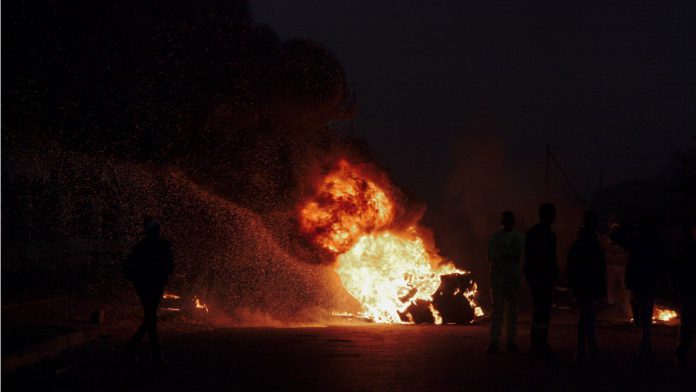