AU Chair Mourns Death of Migrants in Transit
A

In his capacity as Chair of the African Union, President Cyril Ramaphosa has expressed sadness at the death of 64 migrants who were stowed away in a truck that was discovered by immigration authorities in Mozambique early yesterday, Tuesday, 24 March 2020.

Police and immigration authorities discovered the 64 bodies and 14 survivors in the back of a truck in Mozambique. The people are believed to be migrants from Ethiopia who were hoping to reach South Africa.

President Ramaphosa commended Mozambican authorities on their vigilance which led to the grim discovery.

The migrants were on a well-known trafficking route to South Africa.

The immigration services had stopped the container truck in the town of Moatize, according to Tete Provincial Director of Health, Carla Mosse.

Amélia Direito, spokesperson for the National Migration Service in Tete said that the driver did not want to stop the vehicle when asked.

She explained that her colleagues had heard noises from the lorry and suspected that migrants might be inside. Some of the 14 survivors were allegedly hitting the container and screaming.

Referring to the trafficking of migrants she said: “This is a worrying situation. We are continuing to tighten the control of the border.”

Danilson Goncalves, head of Public Health in Tete, said that a team of medical examiners will carry out autopsies to determine the exact cause of death.

Provincial immigration spokesman, Amelia Direito, told local reporters that all 78 aboard the container were Ethiopian men and believed to have been headed for South Africa.

Police spokesman Orlando Mudumane announced: “Two people were detained in connection to the incident, the driver and a middleman who contracted the driver to ferry these people.”

Direito said that the driver told the police that he had been promised roughly $500 to transport the men. The pair detained were reported to be Mozambican nationals.

Police have launched a manhunt for “the intermediary who facilitated the illegal entry of the Ethiopians into the country,” Direito added.

She said that investigations were ongoing to discover how the occupants died, but said asphyxiation was the likely cause of death.

Temperatures in the region are currently hovering around 34 degrees Celsius (93 degrees Fahrenheit).

Mozambique has gained a reputation as a smuggling point for hopeful migrants seeking to find better lives in South Africa, the continent’s most industrialised economy.

The International Organisation for Migration (IOM) said that the survivors were being treated for severe dehydration and exhaustion. They are currently at an immigration facility.

President Ramaphosa said: “Amid the focus of our continent and the global community on the Coronavirus pandemic, the death of a large number of migrants, reportedly in transit from Malawi to Mozambique, is a devastating tragedy for our continent.

This incident reminds us of the continuing toll exacted by the movement of people across our continent who face grave danger as they undertake these journeys in which illicit networks play a role.

We must redouble our efforts to secure peace, stability and development in all parts of our continent to create opportunities that will allow people to actualise their human potential wherever they are in Africa.

The desperate movement of people across our continent or between our continent and other destinations is a clear call on all of us to create and sustain economic opportunities that will change the fortunes of all Africans for the better.” 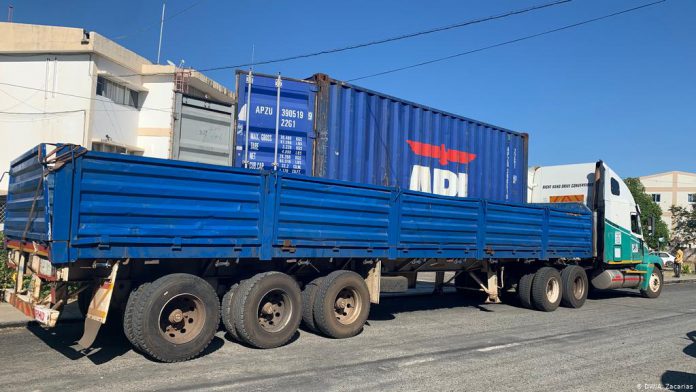 Hope is on the Horizon The Democratic Alliance held their...
Bethal

E-learning at Curro Secunda during lockdown

Curro Secunda is focusing on e-learning and assisting our...
Business

The following is a press released received from Sasol: Johannesburg,...