Earlier this week The Bulletin reported on the resignation of the Govan Mbeki Municipality’s Executive Mayor, Thandi Ngxonono after she was implicated in the Section 106 (the Systems Act 32 of 2000) that was released by COGTA.

Today, The Bulletin received word that the municipality was placed under administration and that the whole municipal council has been disbanded. These rumours proved to be not completely true. The municipality is still intact but intervention from the Provincial Government will now be instituted

Section 106 (the Systems Act 32 of 2000) explained: In terms of Section 106(1)(b) of the Municipal Systems Act the MEC must if the MEC considers it necessary, designate a person or persons to investigate allegations of maladministration, fraud, corruption or any other serious malpractices when it occurs or is occurring in a municipality.

In a media statement that was just released by the Mpumalanga Provincial Government in Mbombela, the Executive Council held a virtual sitting on yesterday, Wednesday, 28 October.

This is an excerpt of the report:

“The Executive Council has resolved to invoke the provisions of Section 139 (1)(b) at Govan Mbeki Local Municipality.”

Govan Mbeki is not the only municipality in the crossfire. The following municipalities are also in the line of fire:

These municipalities were also investigated in accordance with the Municipal Systems Act of Section 106.

Speaking to Trudie Grové Morgan, the DA Spokesperson on COGTA, she said the following: “The Democratic alliance in Mpumalanga welcomes the placing of Govan Mbeki Municipality under administration.”

She continued: “We have been pushing now for the past few years that this should happen. The reason for the administration is due to the fact that the municipality is not financially viable even when it was placed under the financial recovery plan it showed no progress.”

READ ALSO: MTBPS: South Africans ‘thrown under the plane’ to pay for SAA

It was made clear in the report that COGTA released that there were several high-ranking municipal council members implicated.

Trudie also told The Bulletin: “The release of the section 106 report caused the mayor to resign because she is implicated in the report and the DA in Mpumalanga will make sure that she is held accountable even if she has resigned. We cannot allow criminals to get away with wrong doings while the rate payers have to suffer without services.”

Previous articleSo is die lewe: Laataandbedenkinge op RSG.
Next articleDominator’s Den fighters are back in the ring with a bang! 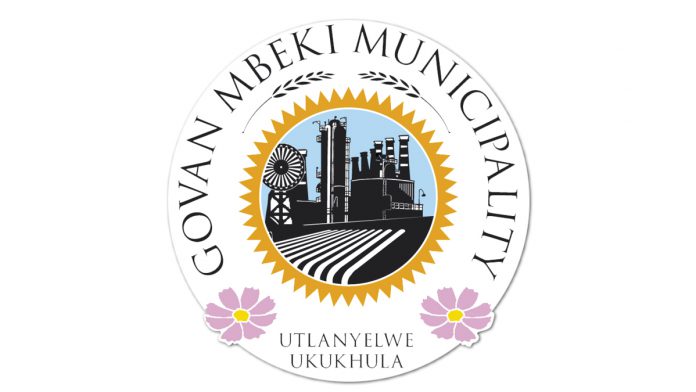 ANOTHER 300KM WALK FROM EMBALENHLE TO NELSPRUIT  Sibosiso Hlolweni has a heart for...
Read more

So is die Lewe: Karretjiemense

It has been 10 weeks since a national state of disaster was declared. Since then, the amount of COVID-19 cases has escalated. The country’s numbers currently are: 22,583 confirmed cases of which at least half have recovered and 429 people have died. That means that there are just over 11,000 active coronavirus cases: 842 patients are in hospital and 128 of these are in intensive care.
Read more
Govan Mbeki Municipality

Open letter to the Executive Mayor of Govan Mbeki Municipality

This article was written by our eMbalenhle...
Read more

ANOTHER 300KM WALK FROM EMBALENHLE TO NELSPRUIT  Sibosiso...
Read more

ANOTHER 300KM WALK FROM EMBALENHLE TO NELSPRUIT  Sibosiso...
Read more