POLICE MANAGEMENT ELATED OVER HEFTY SENTENCE HANDED DOWN TO MURDERER

NELSPRUIT – The police management in Mpumalanga are elated over a hefty sentence handed down by the Mpumalanga Division of the High Court sitting in Middelburg to a 29-year-old man who killed his ex-girlfriend as well as two little girls.

This unpalatable incident occurred at Grootvlei near Embalenhle in 2013 at which the murderer, Buti Simon Mduduzi Dlamini became violent after receiving news that the abusive relationship he had subjected his 19-year-old then-girlfriend, Xolisile Josephine Mokoena, has come to an end. He (Dlamini) did not accept the fact that their relationship was over but rather orchestrated an evil plan to pay revenge by wiping off her entire family. At the time, Xolisile was staying with her uncle at his house, together with her niece and her cousin.

The Court heard that on 05 October 2013, Dlamini bought petrol which he stored in a portable container and waited for Xolisile’s family to go to sleep. On that sad day, a neighbour who was a minor came to sleep over as she would occasionally do whenever her mom was working the night shift. He (Dlamini) then broke into the house at night, sprinkled petrol over his ex-girlfriend as well as over the two young girls (the niece and the neighbour) before setting them alight.

He then torched the whole house and fled the scene. The uncle, as well as the cousin, were woken up by smoke and flames that engulfed the house. They tried to rescue the three girls but Mbali Maria Mokoena, aged 14 and Mamokete Carolina Mofokeng, aged 11 could not make it, meanwhile, Xolisile was rescued, taken to Heidelberg hospital, later transferred to Chris Hani Baragwanath hospital where she, unfortunately, succumbed to her injuries.

The police were notified of the incident and a case was opened with three counts of murder, two attempted murder as well as arson. While conducting their investigation, police finally made a breakthrough when they sniffed Dlamini out of his hiding place and arrested him in September last year in the Free State Province. On 05 November 2020, Dlamini was convicted by the Court hence his sentencing yesterday.

He was sentenced as follows:

The accused was also found to be unfit to possess a firearm. When handing down the sentence to the convicted murderer, Judge Thando Mankge indicated that Count 04, 05 and 06 will run concurrently with the three life sentences.

The leadership of the police in the province has welcomed the sentence, indicating that it will bring closure to the families of victims. They (management) also praised the hard work displayed by the team of Detectives, the Prosecution as well as the Judiciary for working as a collaborative on this matter. 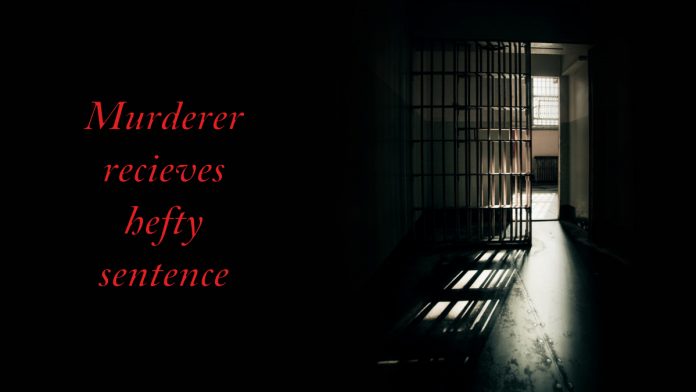