The eMbalenhle community is urged to be vigilant at all times as criminals are now targeting homes at night.

The criminals broke-in and stole luxury furniture and, in some cases, tried to attempt to kill anyone who were at home.

Everyone should know that they could be the criminals’ next victim.

READ ALSO: 3 SUSPECTS ARRESTED IN CONNECTION WITH THE MURDER OF THANDEKA MDELISWA

In the early hours of Sunday morning, 13 September, a group of young males broke windows of a house to get inside of the house in extension 4, eMbalenhle and stole a television and HiFi speakers.

The family, who’s home was broken in to, is urging anyone who might encounter these criminals who are selling these items to quickly notify the police.

All the victim’s belongings were stolen.

In another incident a young male was shot at extension 18, eMbalenhle, in his right arm by an alleged member of a gang group who broke into his room at midnight on Friday, 11 September.

Members of the community raised their concerns and some even blamed the non-existent CPF that is non-functional at all.

eMbalenhle is a crime zone and it is not safe, especially at night-time and weekends.

The people of eMbalenhle are urged to be vigilant at all times and ensure that during the nit-time they are extra vigilant. 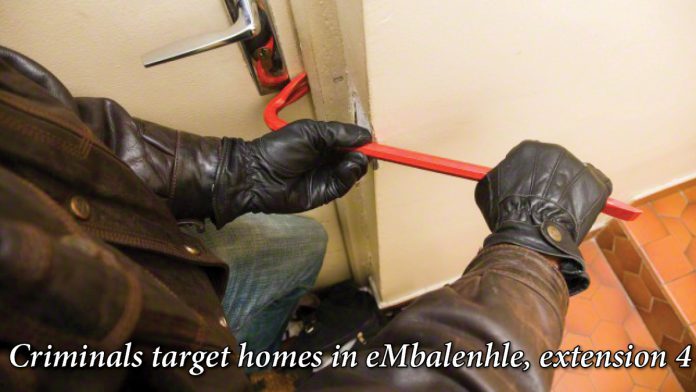