It was a chilling 8 degrees Celsius at 08:00 when a group of people joining the Smokers Unite SA slow drive initiative met at the Sasol Junxion garage on the Secunda/Trichardt road.

This group was peacefully protesting the ban of tobacco and vaping products. Most of the group were smokers but there were non-smokers who joined the group in support of their initiative.

Everyone had something orange either on their person or a piece of orange cloth on their cars. The cars had banners that read: “My body, my choice” and another one “We want to smoke #kopdoekmustfall”

One participant built a giant cigarette packet, painted the packet with like the famous brand Camel and tied it to the roof of their car. This was all to show that smokers are fed up with the ban of cigarettes.

The Bulletin spoke to Madelain Elliott, the Secunda leader to find out more about this initiative.

Madelain continued: “The Government has made it clear that they will opposes any attempt to fight the ban in court and that they will keep it in place until we go down to Level 1 lockdown. This seems a long way off that we haven’t reached the peak of the outbreak.

The government has silenced us. Took away our rights as citizens of South Africa. We are SUPPOSED to be a democratic country but the people are being forced into a corner and silenced. Our beautiful country is being ruled by communists who are only thinking of their own pockets and not of the people’s wellbeing.

There are millions who smoke in South Africa.

If it is so harmful, the government should assist us over a long period to help the people quit.

Smoking is something has been allowed for years. They allowed us to get addicted. Now they want us to stop overnight.

For those who have been smoking for many years it is very dangerous as to just go cold turkey.

We live in very stressful times with the lockdown and finances have never been so bad for most families.

Many people are without jobs now.

To take cigarettes away is not helping.

Thousands of farmers and factory workers in the tobacco industry are also without any income and have been for months now.

Other countries have proven that smoking might be a prevention.

We would like an immediate lift of the ban. We want the government to listen to the people.

A memorandum was handed over. Slow drives and stand still protests have been done.

This happened in 8 different cities in the country and many people joined in silence across the country.

This represented no race, no colour, just voices to be heard.”

The Secunda group drove through town twice with motorcycles leading them. The motorcycles were revving their engines and the cars were hooting.

People were hooting in support and others who were walking next to the road were chanting.

This caused that the motorcycles revved harder and the hooters were tooted louder!

A feeling of pride hung in the air as they drove through town. This feeling was supported by the community who witnessed the Smokers Unite SA slow drive.

In Port Elizabeth there were about 50 people and they had their voices heard through their local paper, The Herald House. They were cheered on and people hooted in support of their cause.

Nelspruit and Cape Town were huge successes as well.

The feedback the leaders of the different cities received all came down to one point: the people want to do this again!

This initiative was very well organised and a tooting success! 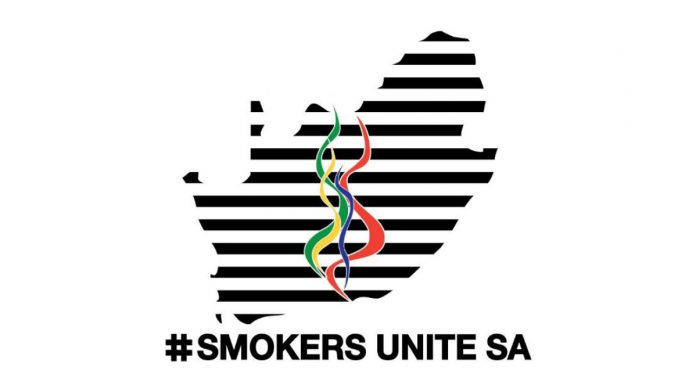